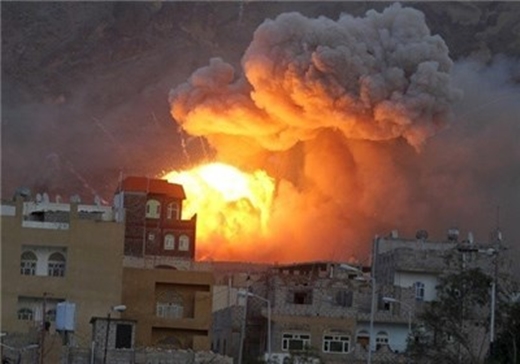 The foreign ministry spokeswoman has condemned recent bomb attacks in Sana’a, saying the oppressed people in Yemen are targeted by internal terrorism and a foreign military aggression.

In a statement on Thursday, Iranian Foreign Ministry Spokeswoman Marzieh Afkham decried several bombing attacks that targeted the political bureau of the Houthi Ansarullah movement as well as three mosques in Sana’a a day earlier.

According to media reports, at least 31 people were killed and dozens more were injured in the terrorist attacks, which were claimed by the Islamic State in Iraq and the Levant (ISIL) terrorist group.

Afkham also offered her condolences to the families of victims of the “inhumane” attacks, saying the “oppressed” people are currently fighting in two fronts, which are internal terrorism and the Saudi-led military aggression.

“We hope that we will witness the establishment of a ceasefire (in Yemen) soon and an immediate halt to bombardments,” she said.

Afkham further asked the international bodies to focus on the “continuous and smooth delivery of humanitarian aid to the fasting Yemeni people during the holy month of Ramadan.”

According to Yemen’s Health Ministry, the airstrikes have killed more than 2,300 people, including 229 women and 411 children. More than 8,000 others have been also injured in the attacks, including 581 women and 766 children.