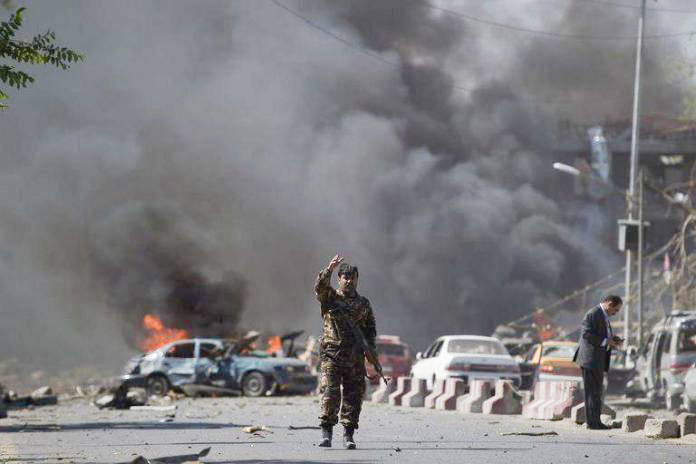 Qassemi on Wednesday strongly condemned the ‘criminal’ attack on Kabul which killed at least 80 and injured 350, and expressed sympathy with the Afghan nation and government.

“The Islamic Republic of Iran will always stand by the innocent and great nation of Afghanistan in hard and difficult conditions,” he added

The Iranian spokesman rejected any use of violence for achieving one’s goals, and expressed the hope that political initiatives and dialogue between Afghan groups would prevent the recurrence of such anti-human attacks targeting Afghanistan’s stability and security.

Iran hopes that the talks between Afghan groups would be held without the interference of certain regional and ultra-regional countries accused of arming radical and terrorist groups, he went on to say.

Qassemi said terrorist attacks are brutal, blameworthy, and rejected acts, which should be strongly condemned and responded to, no matter where and on what pretext they take place, and which group is behind them.

“The suicide attack in Kabul is yet another warning that failing to show a decisive reaction to the inauspicious phenomenon, and the continued support of certain countries for these extremist groups in the region within the past few weeks, have increased these types of brutal acts,” he added.

Qassemi called on all peace-seeking communities and countries to seriously study and consider the issue of radicalism and the causes of its growth as well as its propagators and sponsors in a huge campaign.