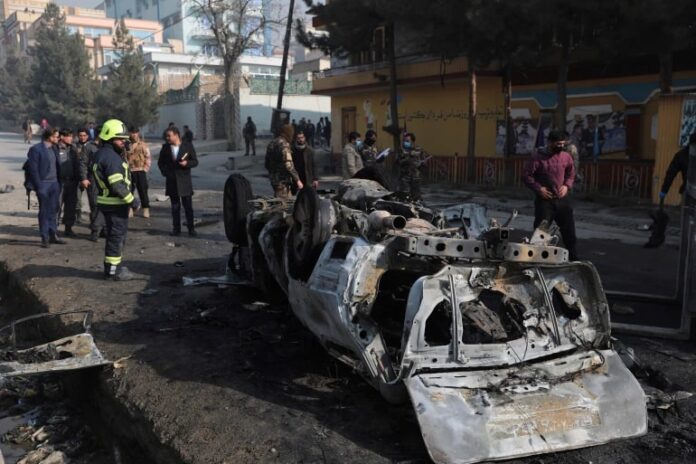 In a message, Ali Rabiee also expressed condolences to the Afghan government and people on the tragic event.

“The news of the assassination of one of the Afghan government’s spokespeople and his companions deeply touched the hearts of the Iranian government and nation,” he said.

“While condoling with the families of the victims as well as the Afghan government and nation, we strongly condemn this terrorist attack,” he added.

“Assassination is a hateful and unacceptable tool to secure political objectives, and has not result other than boosting the vicious circle of insecurity and violence,” Rabiee said.

“We assure our brothers and sisters in Afghanistan and we will stand by them in the fight against terrorism, violence and occupation as long as necessary,” he added.

A roadside bomb exploded in Afghanistan’s capital killing at least three people in a vehicle on Sunday, the latest attack to take place even as government negotiators are in Qatar to resume peace talks with the Taliban.

Zia Wadan was spokesman for the National Public Protection Force, a security service under the interior ministry that deploys guards to international organisations across Afghanistan.

Wadan and his colleagues were killed in morning rush-hour traffic in an eastern part of the capital, interior ministry spokesman Arian told reporters.