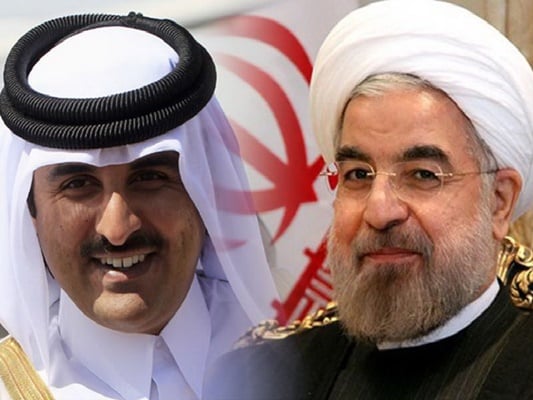 Iranian President Hassan Rouhani has called for further expansion of relations with Qatar, especially by launching a joint shipping line between the two Persian Gulf states.

In a Sunday phone conversation with Qatari Emir Sheikh Tamim bin Hamad Al Thani, Rouhani underlined that the Islamic Republic of Iran has always been seeking to strengthen its relations with Qatar as a friendly state in the volatile region of the Middle East.

“There are huge capacities for widening the scope of cooperation in political and economic areas between Iran and Qatar,” Rouhani said.

He then underlined the need for paving the way for Iranian and Qatari traders and investors to launch their projects and said strengthening port and cooperation and launching a joint shipping line could contribute to expansion of mutual trade relations between the two countries.

Rouhani also referred to the advanced capabilities of Iranian companies in various areas and said the companies are completely prepared to take a role in construction projects for Qatar 2022 FIFA World Cup.

Iran’s president also praised certain states particularly the Europeans, Russia, China and Qatar for their constructive stances towards the Iran nuclear deal after the US’ illegal withdrawal from the nuclear accord and said the stances need to be completed by practical measures.

He also invited the emir of Qatar to attend the Third Round of the Asian Cooperation Dialogue to be held in Tehran later September.

For his turn, the emir expressed his country’s willingness to strengthen mutual ties with Iran and said Qatar will never forget Iran’s sympathetic stance when it came under “brutal” blockade by some regional Arab states.

He reiterated Qatar’s opposition to any form of violations of the Iran nuclear deal and called for resolving tensions through dialogue.