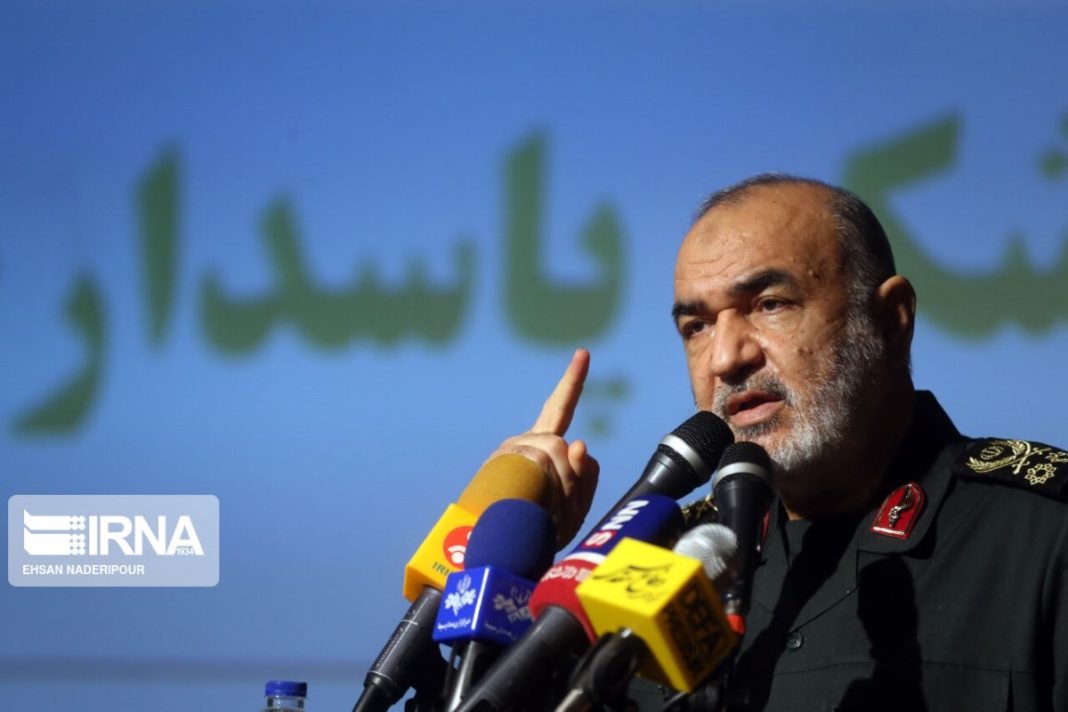 The commander of the Islamic Revolution Guards Corps (IRGC) says Iran has today outpaced big world powers in air defense technology to the extent that some of them are now seeking to purchase Iranian-made hardware and forge military cooperation with the country.

Speaking at a ceremony on Tuesday, Major General Hossein Salami said Iran ranks first in the world in some fields of technology and the country today considers manufacturing state-of-the-art military equipment to be as easy as “making bicycles.”

“Today, the accuracy of our weapons in targeting stable and mobile targets is 100 percent and our drones can hit any designated spot using artificial intelligence,” the IRGC chief said.

Iran is not setting its sight on getting support from the outsiders and the sanctions regime against the country is broken, he added.

The senior commander said the country is seeking a removal of sanctions not because it needs them to be lifted but because it sees the restrictions as cruel.

“The problems caused by the sanctions are less than 10% of [the issues facing the country], and if we act correctly, we possess much talent, capacity, and facilities that enable us to overcome all the problems,” Salami added.

America, he said, can no longer fulfill any conspiracy that it hatches in the region thanks to Iran’s growing might and all of its plots are doomed to failure.