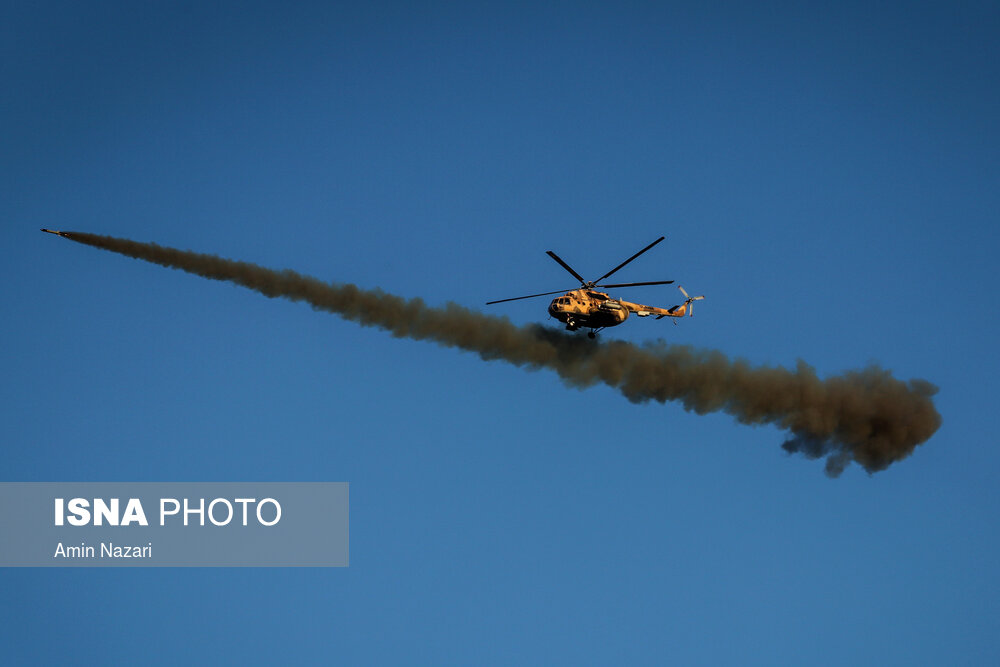 The Iranian Army successfully test-fires an upgraded version of Shafaq missiles equipped with the fire-and-forget mechanism during its latest military drills in the country’s central province of Isfahan.

He added that helicopters armed with self-protection systems also fired flares during a confrontation with shoulder-fired missiles.

The commander said helicopters with night-vision devices (NVDs) were also put to test the first time on a completely offensive mission, and they successfully carried out a night combat operation.

“After rapid reaction forces penetrated the area, army helicopters carried out a night flying and night shooting mission and provided heliborne support to the forces with the 65 Unit in the general area of the drills in a very short period of time,” he added.

Following the heliborne operation, he said, commandoes launched attacks on bases of the mock invading forces and were successfully airlifted by the choppers.

In parallel with the airlifting operation, Bell AH-1 SuperCobra attack helicopters moved to disrupt the combat organization of the invaders, who were on alert for the earlier commando blitz, the commander added.