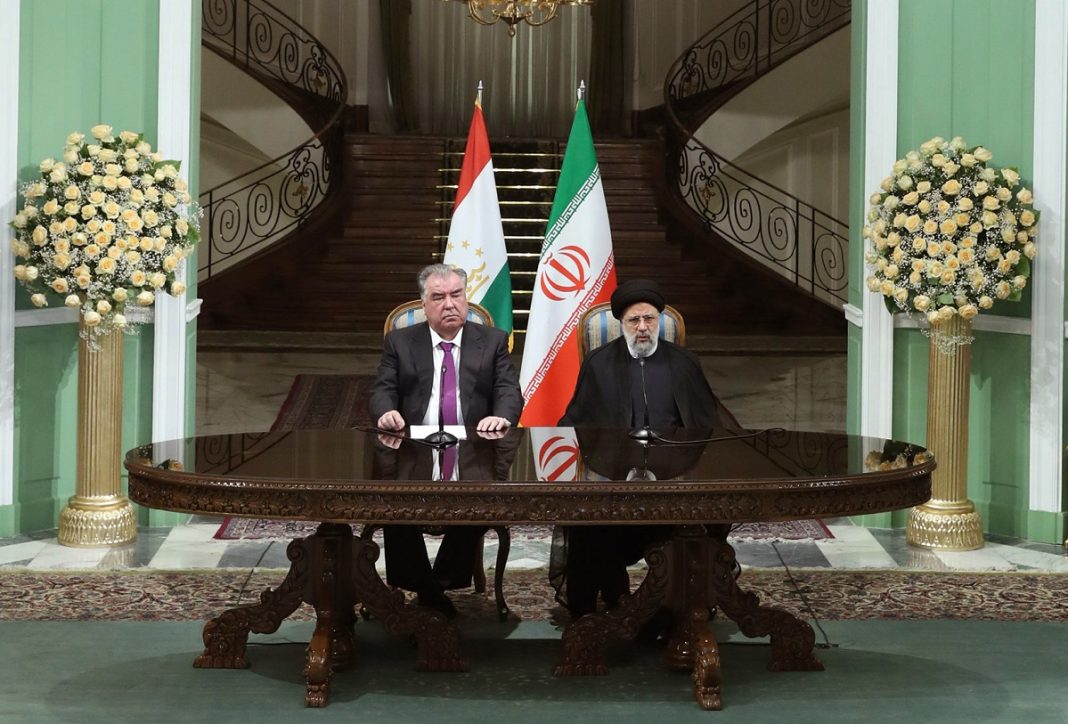 The presidents of Iran and Tajikistan have said Tehran and Dushanbe must continue talks and consultations over ways of implementing their agreements given the huge potential to expand bilateral ties.

Iranian President Ebrahim Raisi and his Tajik counterpart Emomali Rahmon were speaking at a joint press briefing in Tehrsn on Monday.

Raisi described Rahmon’s visit to Tehran as a turning point in efforts to strengthen relations. He added that the ties between Tehran and Dushanbe are beyond merely being neighbors and are based on historical, cultural and lingual commonalities.

Raisi noted that he does not put any restrictions on relations with Tajikistan, saying there is a huge potential for expansion of ties in trade, energy, tourism, medicine and pharmaceutics, and other areas.

The Iranian president said Tajikistan’s growth is Iran’s growth. Raisi underlined that strengthening the Iran-Tajikistan ties will result in expansion of their regional and international cooperation.

The president said Iran and Tajikistan’s regional concerns are instability in Afghanistan and fight against extremism and organized crime. He added that the two countries share the belief that the presence of foreign forces will never bring security to the region.

The Tajik president for his part described the Iran-Tajikistan ties as deep and friendly.

He said the two countries took effective steps toward expanding their ties after last year’s visit by Raisi to Tajikistan and the boosting of Iran’s membership in the Shanghai Cooperation Organization.

He however noted that this level of ties is not enough given the quality of the political ties of the two sides.

The Tajik president noted that his country and Iran have common views and concerns about regional issues and this can strengthen their regional and international cooperation.