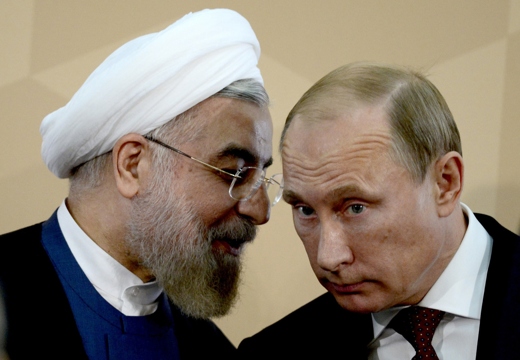 Aftab-e Yazd has analyzed the transfer of S-300 missiles to Iran, saying that Tehran can diplomatically use the crack which has emerged between Russia and the West.

A decree by the Russian president [on Monday] which removed a ban on the delivery of S-300 missiles to Iran can be praised as the first big achievement after the framework agreement in Lausanne, Switzerland and prior to a final nuclear deal by July 1.

Aftab-e Yazd on April 18 published an opinion piece by Mehrdad Khadir, a journalist, about the air defense system Russia was contractually obligated to provide Iran with, and whether Iran is holding all the cards or it is Russia which is playing the Iran card. The following is a partial translation of the piece:

Some characterize Putin’s decree as political opportunism, warning Iran against getting entangled in a game of missiles with the Russians, but politics is nothing but taking advantage of opportunities.

This view makes it clear that the Russians are playing the Iran card, trying to fish in [the murky] water [created] in Lausanne. […]

No doubt, the Russians are trying to get a lot of mileage out of the current circumstances. On the one hand, they are worried about a thaw in ties between Tehran and the West, struggling to cement their foothold [in Iran] before anything else; on the other hand, they are seeking a chance to flex their [political] muscle and counter the sanctions imposed by the US for Moscow’s annexation of Crimea and its involvement in the Ukrainian crisis.

Iran, too, can benefit from the status quo. It can convey this message to the US Congress: “If you seek to throw a wrench into the works as far as the nuclear agreement and lifting of sanctions are concerned, there are still other options”.

That President Rouhani can take care of this in a justifiable way, without provoking the rivals, is the craftsmanship of his government.

Whenever world powers have been locked in a race and whenever consummate, astute national politicians have come into office in Iran, the country has been given the opportunity to take advantage of an emerging rift [between the East and West]. Iran has faced problems [in its diplomacy] whenever either one has been absent.

As a case in point, one can say that the national government of [Dr. Mohammad] Mosaddegh [back in the 1950s] did not face serious challenges so long as Joseph Stalin was in power in the Union of Soviet Socialist Republics and the Americans felt threatened by their World War ally [USSR]. But when the Republicans took over the White House and Stalin died, they hatched a plot to topple Mosaddegh and implemented it in less than six months.

Following Germany’s defeat in the First World War and the Russian Revolution which weakened the USSR, Britain was given a new lease on life and the chance of bargaining faded in Iran.

Again today a government is in power in Iran which can seize the opportunities, and both the US and Russia have again got involved in a rivalry – not like the Cold War, though. […]

If successful, the delivery of S-300 missiles [to Iran] can either be a response to claims by the Worriers [opponents of President Rouhani’s policy of moderation] at home or a step toward removing their concerns. […] The Worriers argue, “If they [the West] have no fear of Iran, they will get emboldened to hatch plots against and target us.” Now they can see that Iran has become safer thanks to the [Lausanne] agreement and can even acquire the air defense system.

Here one stone can kill three birds. First, the building of sanctions has – as the president put it – developed cracks; the delivery of missiles has yet to become a reality, but it has already affected the sanctions. As one of the six countries which have imposed sanctions on Iran, Russia has taken the initial step to lift those sanctions.

The second target are the Israelis; they should not think that they will face a weakened Iran following the imposition of restrictions on its nuclear program. A post-sanctions Iran will be much more powerful, not only on the economic and financial fronts, but also militarily and as far as defense is concerned.

And third, it will aim at the Westerners, especially the US. They need to know that they are Iran’s [partners of] choice in the new era, but there are still other options if they do not want to be Iran’s choice.

This time around, those other options don’t stand on ceremony when it comes to the US for two reasons: First, they [the Russians here] can say that the Iranians honored their [nuclear] promises and it was the other side which did not make good on its commitments. Second, the Russians – bearing the scar of sanctions – can show a spirit of empathy or seek to show additional reaction [to the West].

[…] Irrespective of Russia’s intention, each side is expected to take into account its own interests. Days will come and go and on July 1 two options will be on the table: either a final deal is clinched without any obstructionism from the US Congress; or less likely, Capitol Hill stands in the way [of the final deal] on any ground.

If so, the Russians won’t have to abide by the past restrictions and Iran can go ahead with its $20 billion contract – selling 500,000 barrels of oil per day and get commodities in return.

This play should be tactical and temporary to arouse the jealousy of the Western suitors, not in the form of a permanent marriage with the northern neighbor which – according to what history reveals – has left Iran on its own in the nick of time.

With the return of giant companies, especially oil and automotive juggernauts, Iran’s economy will be given a shot in the arm. When Iran’s frozen assets are released, it can give money and buy the items it needs instead of giving oil and receiving commodities in exchange. 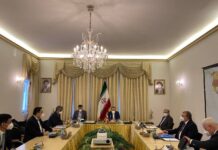 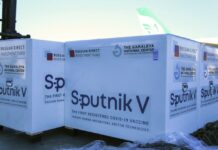