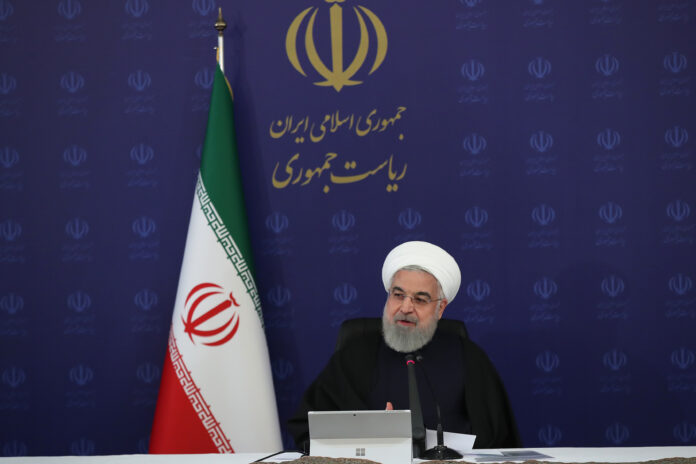 Iran’s President Hassan Rouhani says his administration has allocated about $10 billion to help people and to address the problems of troubled businesses in face of the coronavirus outbreak.

Rouhani said this amount has been allocated in spite of sanctions, and hardships the country is going through. According to him, some of this money will be given to troubled businesses in the form of loans and grants and the rest will be paid as support packages to the families in distress.

“Under the sanctions, Iran has been able to provide facilities, including a tranche of $4.5 billion, to meet the needs of health ministry and the troubled families.”

The Iranian president made the comments during the cabinet’s weekly meeting on Wednesday.

Rouhani further added these days the Iranians are very resolute in responding to the baseless statements that have been propagated for months in foreign media.

“They were saying the Iranian nation is tired and not happy and the Iranian government and system are ineffective. Now, they must compare Iran with the developed countries of the world in this experiment to see how our country performed.”

He stressed the Iranian people gave a firm response to the enemies and the perpetual liars, but the enemies still keep lying.

“They don’t have hospital beds for their patients, and they don’t even dare to go out of their workplace, but they lie again about Iran.”

Referring to the perpetual meanness of the Americans, president Rouhani said, “They sanctioned us for whatever reason. Their move was wrong, cruel, and illegal, but they continued this approach in such conditions.

“Americans know the Corona issue is not specific to one country. All countries in the world are almost interconnected, and if you fight Corona in nine countries and one country does not, it will re-spread and infect those countries, so it is a global affair. Now that the disease has become widespread and globalised, we all have to work together around the world to fight the virus and create the conditions for business.”

He went on to say that unfortunately, the Americans did not learn a lesson in these difficult world conditions and did not understand what to do.

Elsewhere in his remarks, he referred to the solidarity and national unity created in the country to fight Corona, saying the people have trusted each other, they help each other, and have trusted the government.

In another part of his statements, Rouhani thanked the people for cooperating in the social distancing plan stating that according to figures the trend of coronavirus outbreak is downward in all provinces.

“Every year people used to go out on Farvardin 13 to celebrate the end of Nowruz holidays in nature and the spring weather, but this year they chose to stay home for their own health. We should thank the people for following all the health instructions at both the beginning of the year and the Nowruz holidays. If we see a declining trend today in most of the provinces, it is due to people’s collaboration.”

Iran’s president said different countries have adopted different approaches to the virus underlining that the Islamic Republic used the experience of all countries, but we never confined itself to their approaches.

“From the very early days that the virus began to spread, some have been suggesting to implement a Chinese-style quarantine. Chinese quarantine means that all shops must close down and cars must stop. People must shut the door of their homes. No one has the right to leave the home and the food is thrown into every house by the government. It was a Chinese quarantine model in Wuhan that was rejected by everyone in the world and was never implemented in any country.”

Rouhani maintained the Chinese quarantine could not be implemented in Iran because it was a model for the Chinese. “There, with their social policies, they could tell people to lock the doors for 15 to 20 days. This is not possible in Iran and in any other country, so no country adhered to this method. We didn’t perform the Chinese model. It was a model that some European countries developed in the early days, but they retreated gradually due to collective security.”

In the end, the Iranian president once again thanked the nation for their collaboration saying due to their good cooperation, the country did not face lack of essential goods like some industrial countries of the world.