INSTEX Director in Tehran for Talks on Iran-EU Trade 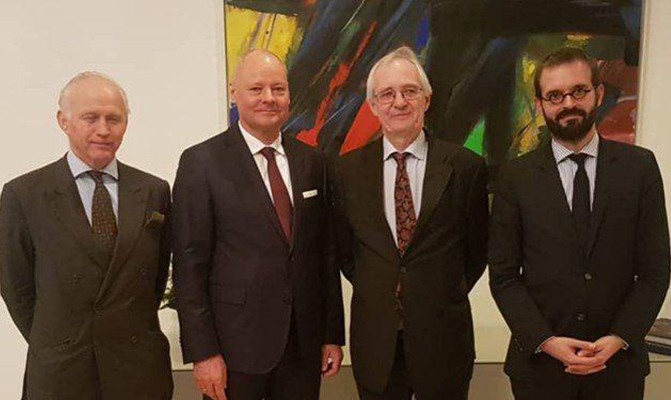 The head of Europe's Instrument in Support of Trade Exchanges (INSTEX) with Iran is in Tehran to discuss how to put the special mechanism into force.

During his stay, Per Fischer has already met with heads of the German, French and British diplomatic missions in the Iranian capital, according to the French embassy.

The embassy wrote on its Twitter page that Fischer’s trip is a major step towards holding talks with Iranian officials on how to enforce INSTEX.

69-year-old Fischer used to be head of Germany’s Commerzbank. He had also served in the bank in different positions for 29 years. US officials had threatened before that they might slap sanctions on authorities involved in the implementation of INSTEX.

A few weeks ago, Germany, France and Britain established the INSTEX mechanism in an effort to persuade Tehran to stay in the Iran nuclear deal known as the Joint Comprehensive Plan of Action (JCPOA). The mechanism is a special-purpose vehicle (SPV) aimed at facilitating trade with Iran.

The mechanism has not gone into effect yet. According to European officials, INSTEX will only cover food items and medicines in the first phase if it becomes operational.