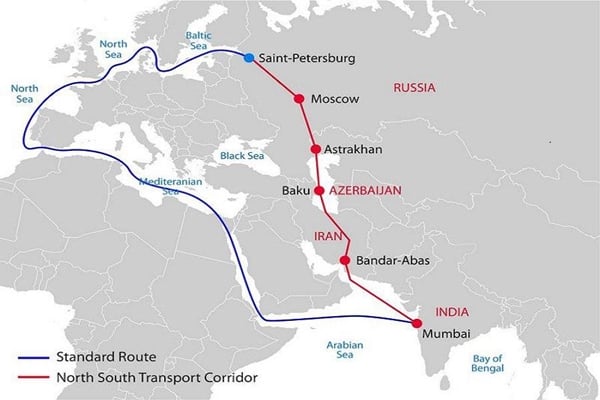 Member states of the International North-South Transport Corridor (INSTC) have agreed to increase the capacity of the special transport route, said Iran’s Minister of Roads and Urban Development Mohammad Eslami.

Addressing the opening ceremony of the seventh INSTC coordination council in Tehran, Eslami said the capacity of the corridor is set to be raised thanks to efforts to expand its railway and port infrastructures.

“Member states have agreed to create a joint company for the INSTC which will increase its capacity,” he told IRIB News Agency.

Eslamai then said he is sure that with the political will of the member states, the INSTC can remove the obstacles in the way of the corridor’s expansion, further facilitating the regional trades.

The Iranian official said all member states attach significant importance to expansion of the corridor, viewing it as a mechanism to boost their mutual trades.

An Iranian deputy roads minister also told IRIB that each country will appoint a government official in charge of its INSTC affairs.

“The official should be introduced to the secretariat in Tehran in one month,” he said.

The official underlined that the participants agreed to make more use of the corridor to expand their trade exchanges and underlined need for homogenizing tariffs and customs charges in all countries, especially in the railroad area.

The route primarily involves moving freight from India, Iran, Azerbaijan and Russia via ship, rail and road. The objective of the corridor is to increase trade connectivity between major cities such as Mumbai, Moscow, Tehran, Baku, Bandar Abbas, Astrakhan, Bandar Anzali, etc.