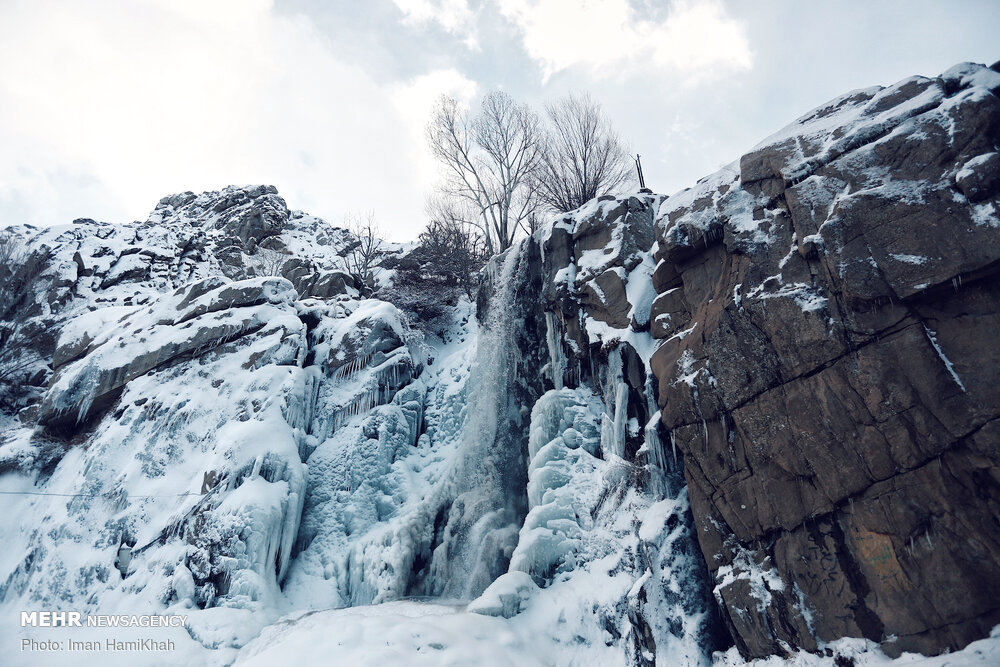 The waterfall has permanent water and is running in winters too if it is not frozen. Its average discharge is 200 litres per second which passes through the beautiful valley of Abbas Abad and Ganjnameh.

What follows are Mehr News Agency’s photos of the frozen waterfall: