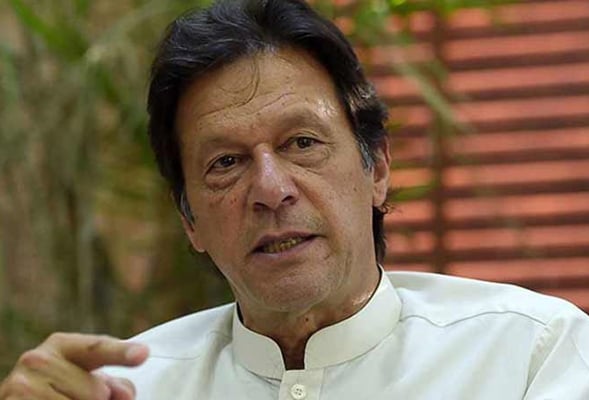 The incoming Pakistani government will seek to broaden friendly relations with Iran and reconsider its ties with the US, said the winner of Pakistan’s general elections.

“Improving relations with all neighbouring countries, particularly Iran, will be a priority for Pakistan’s foreign policy. Boosting ties with Tehran is to Pakistan’s benefit,” said Imran Khan, the head of Tehreek-e-Insaf.

Imran Khan claimed victory and declared himself as the new prime minister of Pakistan on Thursday, as results trickled in a day after the vote.

“Unfortunately, the peoples party government could not resist pressures imposed by the US to prevent construction of the Iran-Pakistan gas pipeline, but Tehreek-e-Insaf party will do its best to import energy from Iran,” he said.

In 1990s, Iran, Pakistan and India agreed to build a pipeline transferring Iran’s gas. Dubbed the “peace pipeline”, the plan was initially designed to pass through Pakistan into India but New Delhi quit the project in 2009.

There are speculations that Pakistan has been under pressure to follow other options, including a proposed pipeline from Turkmenistan, nicknamed TAPI.

“This pipeline is not comparable to Iran pipeline and even if this project is implemented, Islamabad will need to supply energy from Iran,” he said.

“Iran’s gas is cheaper than LPG imported by Pakistan,” he said.

Imran Khan said his government could play a big role in easing tensions between Iran and Saudi Arabia, which are provoked by Israel.

“Differences between Iran and Saudi Arabia, like other Muslim countries, are a plot by the west and foreign powers. Islamabad and Tehran can work to foil that plot,” he said.

Imran khan said Iran and Pakistan could also work to settle issues in the Muslim world, including those related to extremism and terrorism.

The next government will also reorient its policy towards the US, Imran Khan said.

“The incoming Pakistani government will reconsider its relations with the US. Ties with the country should be based on common interests and mutual respect,” he said.