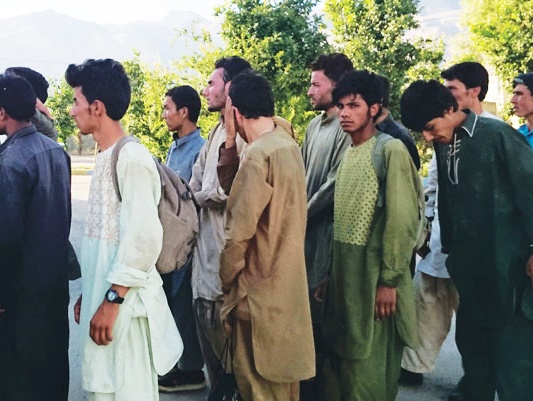 A number of Iranian Parliament Members have openly criticized the excessive presence of illegal refugees and immigrants in Iran’s job market.

Iranian job market has been influenced by the presence of illegal foreign nationals for years. Some actions have been taken to identify, organize and dismiss the illegal foreign labour force; however, Iranian Parliament members believe that these measure have not been effective enough; and these refugees and immigrants keep working in Iranian job market because the related organisations neglect the issue.

According to a Persian report by ICANA, the Iranian MPs criticize the presence of 3 million illegal foreign nationals in Iran, saying that while Iranian workers are affected by unemployment and financial problems, 70% of foreign nationals work in construction field as the rest work as gatekeepers and servicemen.

“The majority of foreign nationals consists of Afghans, Iraqis, Syrians and Pakistanis, with Afghans outnumbering others,” Hamzeh stated, noting that illegal Afghan refugees enter Iran due to lack of rigid control over Iran’s eastern borders.

“We need to allocate credits for the control of our frontiers. The police can’t fund it, so the government must take this responsibility to cooperate with the police and the Border Guard,” said Rouhollah Babaei, another Parliament member.

Criticizing the Department of Foreign Nationals, the Parliament members underlined the need to deal incisively with the recruitment of illegal foreign nationals, and to intensify the punishment for offending entrepreneurs.