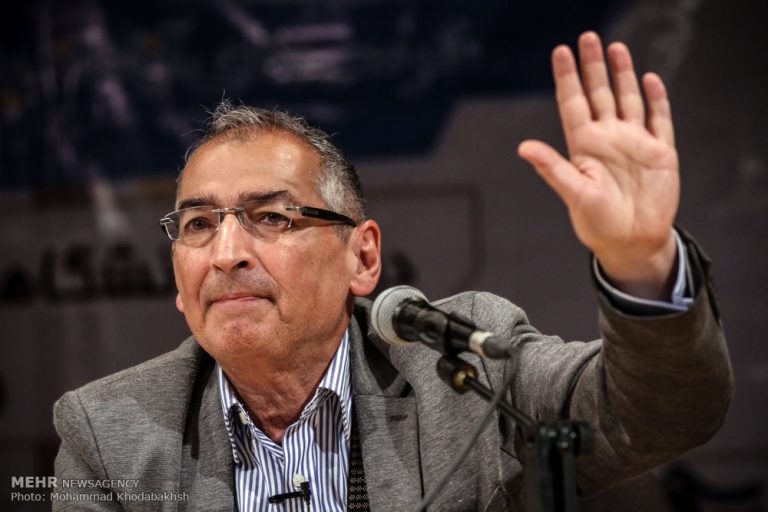 A senior Iranian political commentator who has always advocated normal ties with the West says he would take up arms and defend Iran in case of an American invasion.

Sadeq Zibakalam, a professor of political sciences at the University of Tehran, has, in an interview with the Iranian University Students (IUS) news website, weighed in on his own stance towards a possible US invasion of Iran, and the way the Iranian people would react.

The [Islamic] Establishment should be preserved. This is not what I’m saying only today. I had the same opinion 10 years ago as well. During the presidency of Mr. Khatami (former Iranian president), the University of California was holding a series of conferences. Every other month, I along with a number of reformist friends took part in the conferences as representatives of the Iranian Foreign Ministry’s Office for Political Studies. This coincided with the US invasion of Iraq in 2003. Before that, the US had attacked the Taliban, and now it was [former Iraqi dictator] Saddam [Hussein]’s turn. At that time, some people said now that the United States has reached Iraq, it should attack Iran as well.

At that time, the key question was whether or not the United States would attack Iran after Afghanistan and Iraq. In the same conference, one of the professors of the University of Tel Aviv presented an article in that regard. The gist of the article was that if the Americans attack Iran, 70 percent of Iranians will welcome that; so, according to him, it was the best chance to strike Iran. In the final hours of the conference, Steve Spiegel, the liberal Jew who had organized the event, came to us and asked if we wanted to respond to those comments. In response to the person who had presented the article, I said suppose not 70 percent, but 90 percent of Iranian people would back a US attack on Iran. Then what are you going to do with the remaining 10 percent, which makes up 6-7 million people?

‘I’m among that 10 percent. If the United States attacks my country, I will no longer spend my time formulating theories; rather, I will take up arms and defend my country against the US!’ I said, ‘You would have to go from city to city and alley to alley to find those 7 million people and kill them. How are you going to do that?’

Time for Iran and US to Forget Bitter Past

Zibakalam is known in Iran as a staunch supporter of Iran-US talks and normalization of ties between the two sides. He also disagrees with those who chant ‘Death’ to the US and even Israel. A video recently gone viral showing him refusing to put his feet on the flags of the US and Israel at the entrance of an Iranian university.

In a recent op-ed published by Arman-e Emrooz daily, Zibakalam argued that the history has gone past, and it’s time for Iran and the United States to forget the bitter past events and think about the future amid international mediation efforts.

“The specific demand of Iran is to be recognised by the Americans and the issue of regime change be resolved once and for all,” Zibakalam wrote.

“If this fundamental issue is resolved between Iran and the United States, then the problem of hostility with the United States will be practically put aside. There remains a widespread list of issues that have been the subject of disagreement between the two countries. From the role of the Americans in 1953 Iranian coup d’état to sanctions issue today could be named.”

“However, what is certain is that history has gone past, and nothing could be done about 1953 coup, and it’s not possible to deal with the occupation of the US embassy and hostage-taking anymore. All these issues remained in the past, and it’s time for Iran and the United States to forget the bitter past events and think about the future,” underlined Zibalkalam.

This Iranian scholar further pointed out that Iran and the United States need each other to solve regional and international problems.

“Everyone knows that without the cooperation of Iran and America, the issue of the future of Arabs will not be resolved, as Iran-US cooperation in confronting ISIS in Iraq and Syria was influential.”

“Therefore, in many important issues in the Middle East, Iran has a common strategy [with the US]. There is an initial agreement on the demands of Iran and the United States.”

Zibakalam underscored that “If we put aside American hardliners, we know many of Americans recognize the Islamic Republic and, apart from the fatwa of the Leader of Islamic Revolution Ayatollah Khamenei, in practice, Tehran has shown through all the IAEA inspections over the past few years that it has complied with all its obligations in the framework of NPT.”

“Therefore, the demands of Iran and the United States have been met to a great deal, and other problems can be solved via negotiation,” he said.

“As we know, there are many differences between China, and the United States, Russia and many of their allies, but these differences do not justify life-long hostility between Beijing and these countries. Therefore, Iran can think of other options, provided that the United States stops its moves against the Iranian nation,” he added.