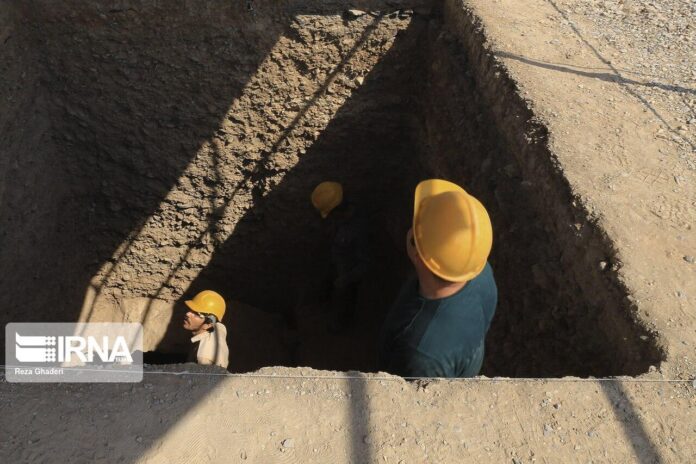 A stone carving showing a human face in bas-relief has been newly discovered at the historical site of Persepolis in southern Iran.

The discovery was made during the fourth stage of archaeological excavations at the location of water canals at the internationally recognized site of Persepolis.

The excavations were aimed at unearthing the southern part of one of the canals leading to an unfinished gate to the historical site.

No picture of the high relief figure has been presented to media, yet.

Archaeologists working at the site say the human face is carved onto a piece of rock at the site, where new skeletons of humans and animals have also been dug out.

Remnants of other carved figures have also been discovered at the site.