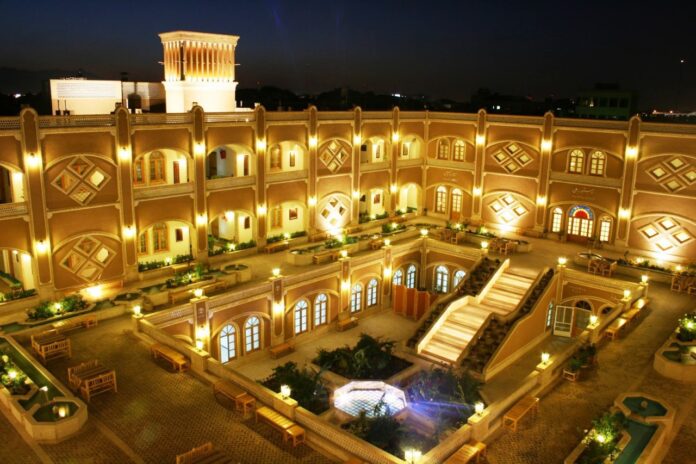 While people are strongly advised to refrain from traveling after the outbreak of the novel coronavirus in Iran, the hotels in the historical city of Yazd have closed up of their own volition as a precautionary measure.

Although the economic recession has made it necessary for the hotel owners to make the most of the tourist industry even in the off-season, the hotels in Iran’s central city of Yazd have closed voluntarily after the outbreak of COVID-19.

In a statement, the hotel owners in Yazd said the decision on the closure of hotels, inns and ecotourism hotels has been made by choice and without receiving any decree or order from the officials.

In an interview with ISNA, president of the Society of Hotel Owners of Yazd Province said the decision has been made only to protect the health of people and prevent travels to Yazd.

Amir Nasser Tabatabaee said the closure of hotels is expected to reduce the number of tourists traveling to Yazd, noting that, in the meantime, the hotels will be disinfected and the staff will also receive training.

In separate comments, Ali Dad, the owner of a hotel in Yazd, said although the occupancy rate of hotels has already experienced a dramatic decline, such a weeklong closure of the hotels in the historical city signifies that the health of people and the hotel staff has priority over economic profits.

“Despite the emphases on not travelling, we were still seeing travels to our province from various places, and there were concerns that the presence of these tourists would pave the way for the outbreak of coronavirus in Yazd. As a result, we are refusing to accept guests this week,” Dad added.

The hotel owner finally noted that it is not clear whether the closures will extend into the next weeks, saying any decision about keeping the hotels shut will be made later.

The death toll from the novel coronavirus epidemic in Iran rose to 66 on Monday, and the total number of confirmed cases of infection reached 1,501.

The novel coronavirus has killed more than 3,000 people worldwide, the vast majority in mainland China. There have been more than 88,000 global cases, with infections on every continent except Antarctica.