Google Changes Its Logo to Pay Homage to Persian Polymath 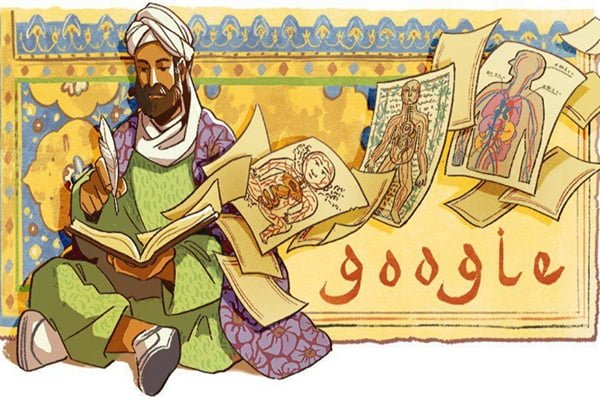 Iranians take pride in Avicenna, who was a medicine and philosophy heavyweight.

Currently, more than 400 titles of books authored by the eminent scientific figure are available, of which 240 titles are accessible via Google.

Historical documents show Avicenna was born in Afshaneh village near Bukhara (a city in Uzbekistan today, and one of the cities of Great Iran in the tenth century). His mother tongue was Persian, and his father was an official serving with the Samanid government. He was a child prodigy and soon managed to overtake his own teacher. Avicenna was very intelligent. He memorized the holy Quran at the age of 10. At 16, he began to study medicine. He became very famous in the field of medicine at the age of 18. Later on, he became an expert in philosophy as well.

Some describe him as “omniscient” because he was an expert in physics, chemistry, medicine, philosophy, mathematics, psychology and geography.

Among his famous books is “The Canon of Medicine.” It is a five-volume medical encyclopedia which was used as the standard medical textbook in the Islamic world and Europe up to the 18th century. The Canon still plays an important role in Unani medicine.

Another major book authored by Avicenna was “The Book of Healing.” The scientific and philosophical encyclopedia is divided into four parts: logic, natural sciences, mathematics and metaphysics.

Interesting enough, half of Avicenna’s works are versified. His poems appear in both Arabic and Persian.