Golden Cigarettes New Way to Show Off Wealth in Tehran 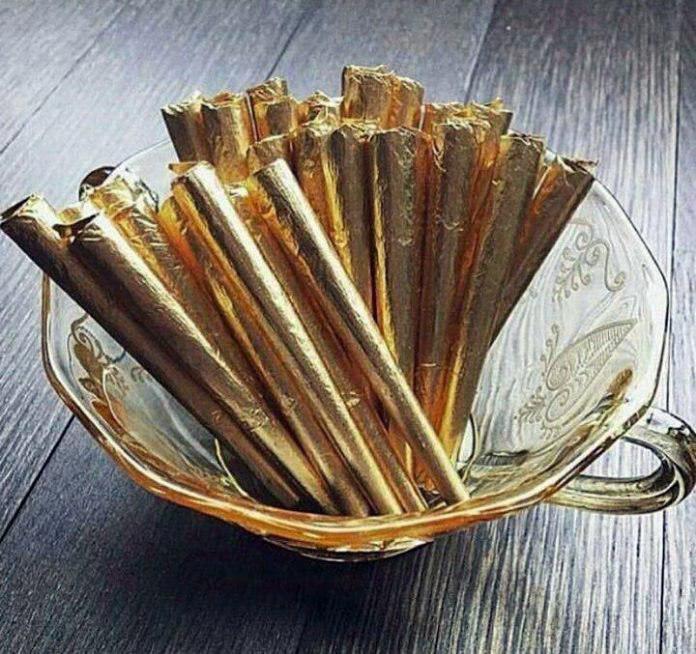 A new cigarette is being sold in the Iranian capital of Tehran, the paper of which is made from edible gold leaf. Sold for $315 a pack, these luxury products have gained huge popularity in the capital city among the rich.

Smoking is a pricy enough habit, but a new golden cigarette product is taking expensive tastes in Iran’s capital to an all new high.

According to a Farsi report by the Fararu news website, with each sold for almost $16, these flakes of tobacco rolled in shiny golden papers, which are made from edible gold leaves, are the latest trend and hobby among the ‘rich kids of Tehran’ with a lot of money to burn.

They even post photos of themselves while smoking these cigarettes on social media.

While researchers have announced that inhaling gold particles is highly dangerous to health, such warnings have failed to stop these young rich people from smoking these shiny cigarettes to show off their wealth.