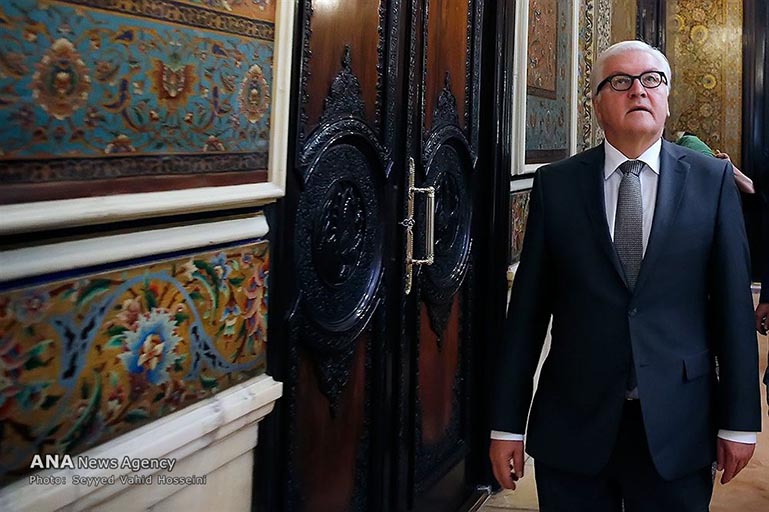 Day two of an Iran trip took the German top diplomat to the Expediency Council and the University of Tehran.

On Sunday, the second day of a state visit by Frank-Walter Steinmiere to Tehran, the German foreign minister met with Chairman of the Expediency Council Ayatollah Akbar Hashemi Rafsanjani.

After the meeting, the German top diplomat visited different parts of the Expediency Council building and was impressed by the delicate Khatam (inlaid designs set into the walls of the building).

He also delivered a speech at the University of Tehran on the role of education in sustainable development. In the speech, he praised the steadfastness of Iranian students and called for more grants and scholarships to Iranian students, especially those majoring in architecture, and cultural and scientific programs.

At the close of the ceremony he was given a present by the university officials in praise of his appearance in the oldest modern university in Iran.

The following images of the German FM’s day in Tehran have been released by Fararu.com and ana.ir: