German FM Arrives in Iran to Save Nuclear Deal 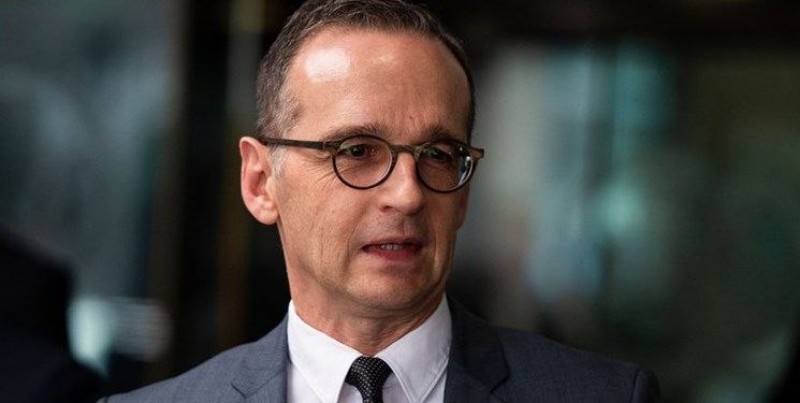 Iran’s foreign minister says his German counterpart, who arrived in Tehran on Sunday night, is visiting the country to pursue the implementation of the Iran nuclear deal.

Mohammad Javad Zarif said his opposite number Heiko Maas’s trip is aimed at following up on the “survival” of the Iran nuclear agreement known as the Joint Comprehensive Plan of Action (JCPOA) and the role of the three European countries in the deal.

“Germany would like the JCPOA to continue to survive,” said the top diplomat.

“Of course, Iran has, so far, acted in accordance with the JCPOA, and Iran’s recent moves (scaling down its commitments under the deal) are in line with the JCPOA,” he said.

“The German foreign minister does not seem to be travelling to Tehran in order to convey a special message. Germany is following up on the role of the three European countries, so we will talk to him in this domain,” Zarif said.

Elsewhere in his remarks, the foreign minister touched upon his meeting with members of the Iranian Parliament’s National Security and Foreign Policy Commission.

“In the presence of the representatives of the National Security [and Foreign Policy] Commission, we discussed the latest developments of the country, the US pressure, my recent trips, the upcoming trips to Iran by the German foreign minister and Japanese prime minister, as well as President [Hassan Rouhani]’s trip to the region to attend two international conferences,” said Zarif.

“We also discussed the ‘Deal of the Century’ project in the commission’s meeting,” he added.

“This project emanates from the United States’ failed policy. The US policy remains the ‘maximum pressure’ policy, and the US government’s pretending to be ready for talks is aimed at influencing the public opinion,” he noted.

“The US needn’t do anything; it only shouldn’t interfere with, and create obstacles to Iran’s relations with the rest of the world,” he said.

Zarif said Iran does not need the US, nor does it seek to have relations with it.

The top diplomat underlined the “economic war” the US President Donald Trump says has launched against Iran is regarded by Tehran as “economic terrorism” and has to be stopped .

“People and the public opinion at the international level assess US propaganda campaigns based on Washington’s actions; with regards to these issues, we exchanged views with MPs at the Parliaments National Security [and Foreign Policy] Commission.

“In the foreign policy domain, Iran’s focus is on its neighbours, and my recent trips as well as the president’s upcoming visits have been planned on the same basis,” the foreign minister said.