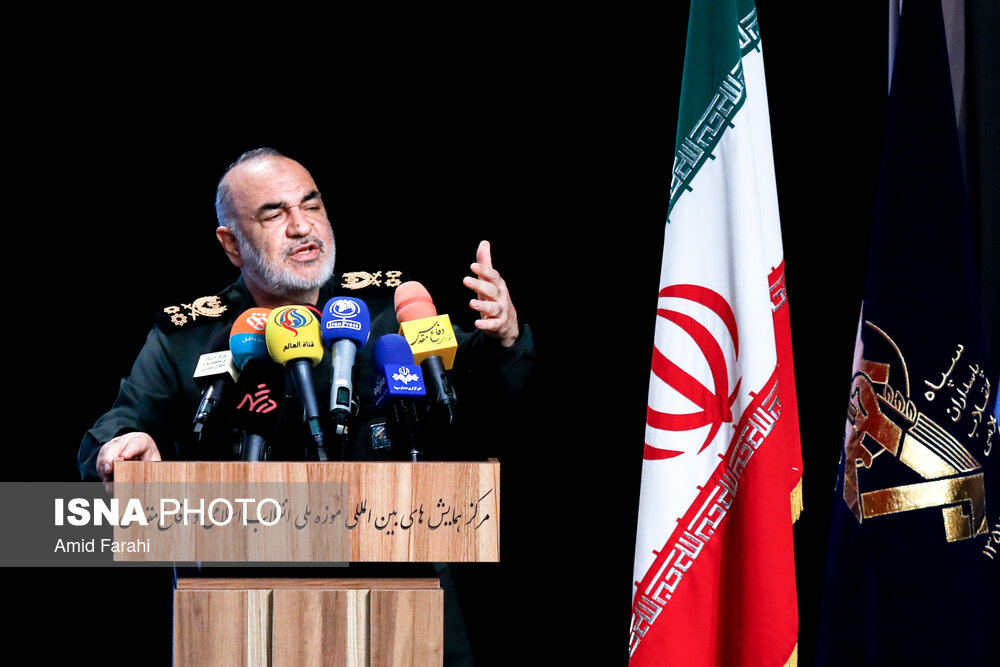 The chief commander of Iran’s Islamic Revolution Guards Corps (IRGC) says the United States keeps its warships away from the Persian Gulf in southern Iran out of its fear from the Islamic Republic’s ballistic missile capabilities.

Major General Hossein Salami told IRGC officials, “Our ballistic missiles can target any moving vessel at eight times the speed of the sound. Only a few countries in the world have the technology, and for this reason, American warships are not present in the Persian Gulf region.”

Major General Salami also said the IRGC has hundreds of infrastructural projects which will make a major change in the country, without giving further details.

The top commander, however, said the battlefield is shifting to Iranian schools, as the United States is seeking to target Iranian students in a cultural war after failing on the military and economic fronts.

He said, “Teachers are at the heart of the complicated battle with the enemy and have a determining role.”

The remarks come amid protests and deadly riots in several Iranian cities over the death of a young Iranian woman in police custody.

The IRGC chief said, “The riots are a path that has come from strategic think tanks in America and England which has spread to our classrooms.”

He warned the US will start the war by having the Iranian women’s headscarves removed and will continue the battle until our lifestyles become like those of Westerners.