‘France after Mediating between Iran, US to Secure Its Missed Interests in Syria’ 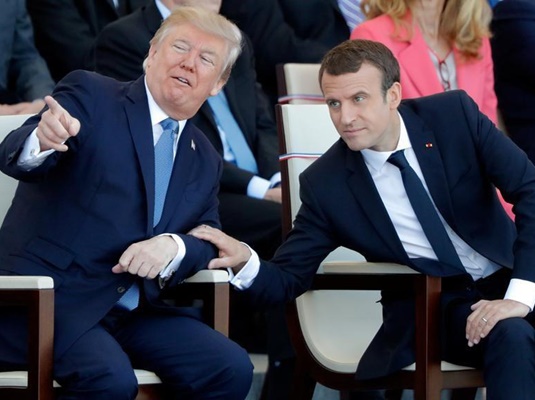 An Iranian MP says France has voiced its preparedness to mediate between Iran and the US on Syria peace talks in an effort to press ahead with a project to regain its missed interests in the Arab country.

Speaking in a Farsi interview with ICANA, Iranian MP Mohammad Javad Jamali Nobandegani said France is still influential in Lebanon and Syria due to its long-time presence in the Middle East in the past.

“In the early days of Syria crisis, the French officials mistakenly thought the government of Bashar Assad would fall; so, they decided to turn to the opposition armed groups in Syria and even hosted some of their conferences,” he said.

Nobandegani, who is a member of the Iranian Parliament’s National Security and Foreign Policy Commission, went on saying “unfortunately the French couldn’t play a neutral role in the Syrian crisis.”

Following the active diplomacy of Iran and Russia to resolve Syrian crisis, the French have decided to step into the fray and take some concrete steps to correct their wrong decision, he added.

He referred to the Astana talks on Syria crisis and said although the Astana Process has not managed yet to completely remove the tensions, the presence of the regional states in the talks decreased the conflicts in some areas and also led to the eradication of ISIS terrorists in some other areas of the war-torn country.

“Feeling they are lagging behind other countries, the French have decided to take a more active role in Syria crisis.”

He also referred to the recent remarks made by Syrian President Assad about the reconstruction of Syria and said as Assad has stressed, those states which have had a positive role in Syria are put on priority to take part in the construction projects.

“This is another reason why the French have decided to take a positive step in resolving Syria crisis,” he concluded.

Back in September, French President Emmanuel Macron said he wanted to play a mediation role between Iran and the United States to ensure that Tehran was involved in finding a political solution in Syria.

“If we don’t resolve the Syrian problem with Iran around the table, then we will not have an efficient response because Iran today is among the powers that have an influence on the ground,” Macron said at the time.