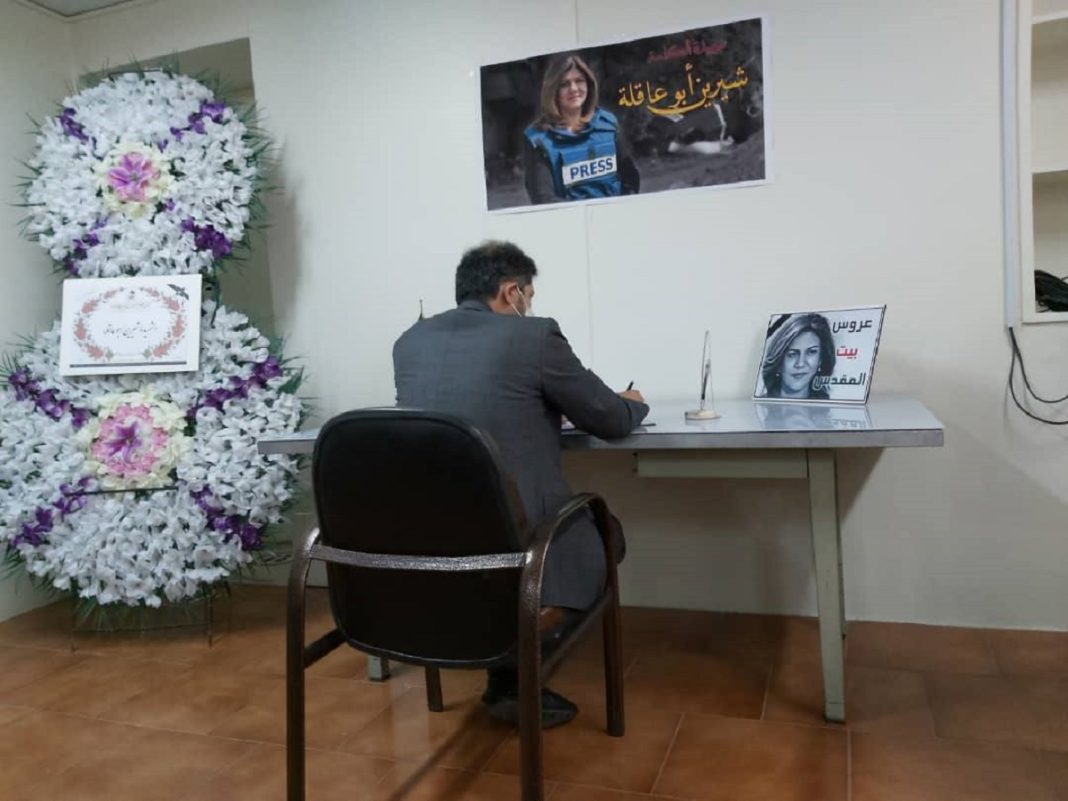 Iranian Foreign Ministry Spokesman Saeed Khatibzadeh paid a visit to the Embassy of Palestine in Tehran, where he signed a commemorative notebook in memory of martyred Palestinian journalist Shireen Abu Akleh.

He condemned the terrorist act by the Zionists that led tothe martyrdom of the journalist, offering condolences to the bereaved family of Abu Akleh, the Palestinian people, and media workers.

Akleh was shot dead by Israeli forces on wednesday while covering the Israeli army’s invasion of Jennin in the occpied West Bsnk.