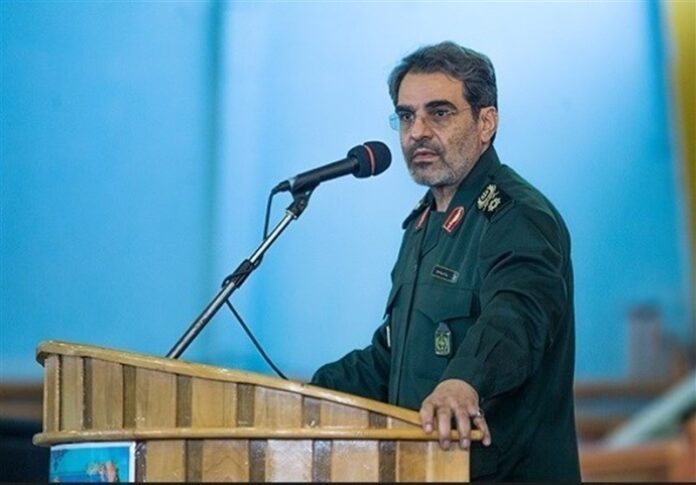 Brigadier General Mehdi Rabbani added the Takfiri ISIS terrorist group was the handiwork of an approach adopted by domineering powers to serve their own interests and “commercialize security.”

“Many of the elements which contributed to the emergence of instability and extremist ideologies in recent years are now impeding the trend of establishing security and reconstructing crisis-hit countries, too,” said general Rabbani, the deputy chief of the General Staff of the Iranian Forces for operations in a speech at the Moscow International Security Conference.

“It is time for foreign forces, including the US, which have the blood of thousands of innocent people on their hands, … to leave the West Asia region, so that the regional countries can ensure lasting security on their own,” he said.

Elsewhere in his remarks, the top general said Iran favours “the best of relations” with world countries, and that “neighbouring countries take priority in our foreign policy.”

“Today, given the rapid developments in the world and given that traditional and new threats are intertwined, in is necessary that independent countries help boost stability in the world through cooperating with one another,” said the top general.

“In this regard, the Islamic Republic of Iran stands ready to work with other countries to solve problems and create stability and security in the region and in the world,” he added.