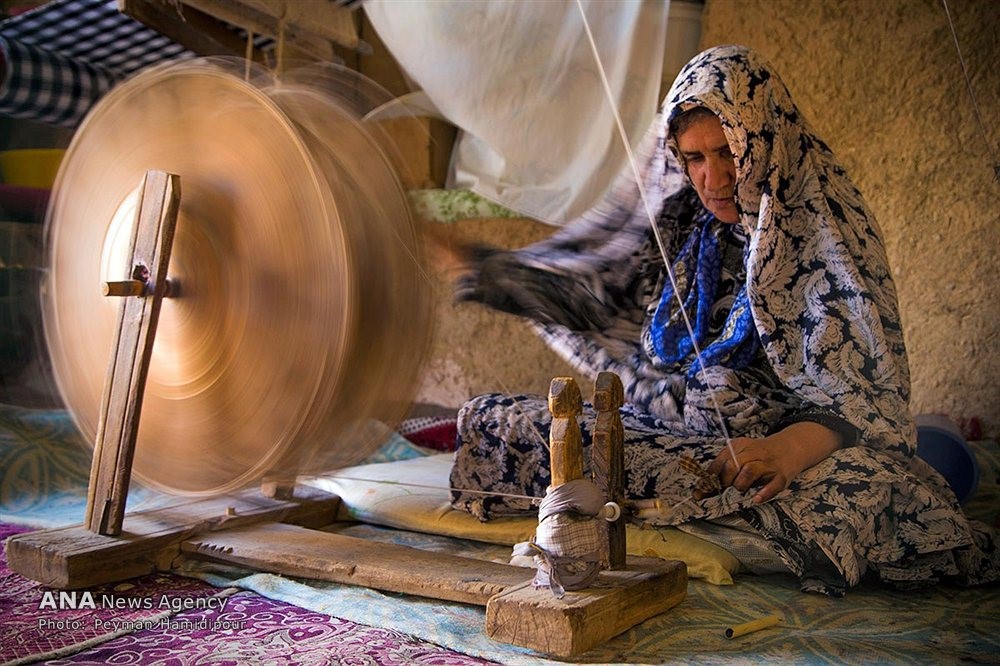 The Iranian village Rooyin, which dates back to the Timurid era, is located in the northeastern province of North Khorasan.

The village houses some 800 households. Men in the village often make ends meet through farming or maintaining orchards. And women are involved in traditional textile work as it is an ancestral tradition going back around 400 years.

The textiles woven in Rooyin include different types of wrappers, towels, handkerchiefs, sheets and fabric used to make shirts.

Around 300 villagers are directly involved in providing thread as well as dying, weaving and selling wrappers. They have also received the UNESCO’s originality seal in the field of wrapper weaving or traditional textile work.