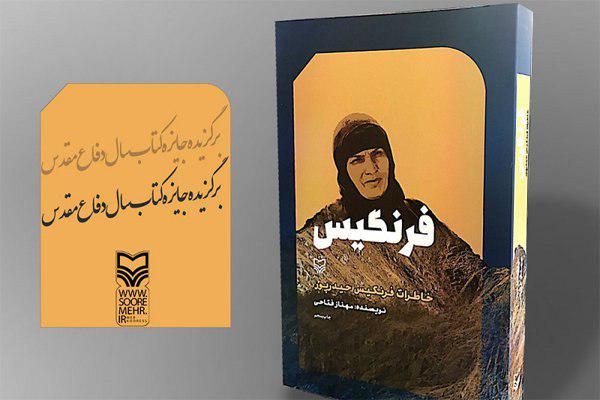 The book “Farangis,” the winner of the annual award presented to the best book about Holy Defence – the eight-year Iraqi imposed war on Iran in the 1980s – has been reprinted six times.

Farangis is one of the books depicting women’s influential role during the Holy Defense era. It recounts the memories of Farangis Heidarpour, a lady resident of the western Iranian city of Guilangharb. The book is authored by Mahnaz Fattahi.

The book contains 12 chapters. The first chapter features her childhood when there is no war, but the scourge of poverty and deprivation has gripped the area where Farangis and her family live.

In the second chapter, she gets married to a man named Alimardan. The next chapter shows the couple begin a rather happy life, but later on, as explained in chapter four, the early period of their married life coincides with the beginning of the Iraqi imposed war on Iran when Iraqi troops soon cross the border and close in on their village.

A group of men from the village who go to the frontline to fight the enemy as well as another group who go after them to find them are all killed.

The remaining men and women in the village take refuge in surrounding mountains. That is the way the harrowing story of the resistance of brave men and women, namely Farangis and her family, during the war unfolds.

She recounts stories which are among the real events of the war at the time, namely incessant bombardments of villages around Guilangharb, the attack on the western city of Eslamabad-Gharb by members of the terrorist Mojahedin-e-Khalq Organization (MKO), the Mersad operation by Iranian troops against Iraqi forces and other events which are among the unforgettable happenings of the time.

Leader of the Islamic Revolution Ayatollah Seyyed Ali Khamenei has also written an epigram on the sixth impression of the book. He even held a meeting with Ms Heidarpour and her family and the author on September 30, 2018, in Tehran. 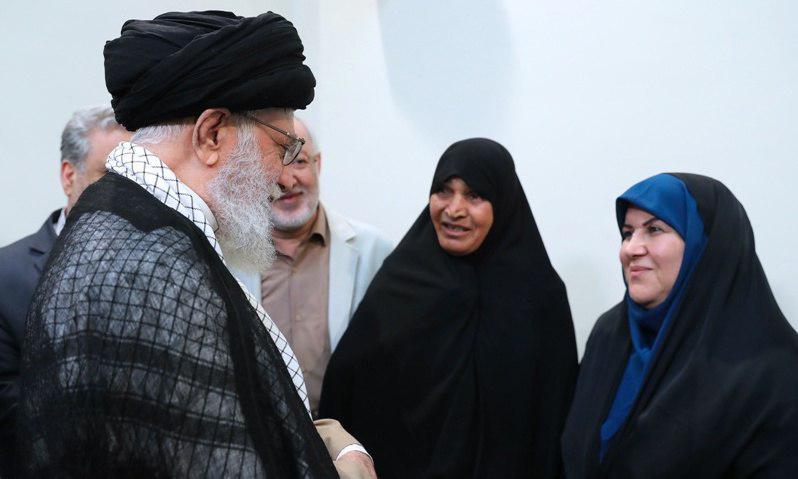 Meanwhile, the Javan daily has conducted an interview with the writer of the book.

Javan: The book Farangis is the story of Ms. Farangis Heidarpour. To begin with, could you tell us about how you got to know the subject of the book?

Author: Ms. Heidarpour is a woman living on the border and manages to kill an Iraqi soldier and take another captive in 1980. A statue of her as a symbol of resistance has been installed in a park in the city of Kermanshah. I had seen that statue several times. Then I asked whose statue it was, and finally found out what a great person she is. Of course, before the publication of this book, only a few short interviews with Farangis Heidarpour had been published.

When I told her that I wanted to write her memoirs, she said, “What’s the use of it? What is a book good for?”

Javan: Why didn’t she like her memoirs to be published?

Author: She said she hadn’t done anything important. She said whoever were in her place, would have done the same thing. When she found out that I had experienced the war, too, and my father used to serve near where Farangis lived, she accepted my offer.

Javan: Now, let’s turn to the Leader writing an epigram on the book. When did you realize that the book had drawn the attention of Ayatollah Khamenei?

Author: I was present at the Leader’s meeting with writers on February 1, 2018. I asked him whether he would write a note on my book. He knew the book and said, “Farangis is the same woman who killed an Iraqi soldier with an axe and a statue of her has been built.”

“I haven’t read the book yet,” the Leader added.

The I insisted that I liked him to write a note on my book.

“If I’m touched by a book, I will definitely write about it,” said Ayatollah Khamenei.

And I said I hoped he would be touched by the book.

I was informed around two weeks ago that the Leader had written an epigram on the book.

The text of the Leader’s epigram follows:

The book contains an important and untold story of the events of the Holy Defense era associated with this brave and devoted lady. Brave Farangis talks to us with the same firm and strong spirit and with the honest and friendly language of a villager, with delicate feelings of a woman, and shows us an unknown and significant logic, with details, of a geographical area where war was going on.

We had not heard, in such a detailed and clear manner recounted honestly in this book, about border villages during the war and the many problems, displacement, hunger, material damage, destruction, and bereavement they suffered; also, about the sacrifice of their youth, who were among the first people who confronted the enemy. The story of this lady killing and taking captive Iraqi soldiers, too, is and independent and exceptional account in its own right the likes of which only happened in Soosangerd in the early period of the war. Lady Farangis should be commemorated, and the author of the book, Ms. Fattahi, should be thanked for her eloquent style and her art of conducting interviews and writing memoirs. 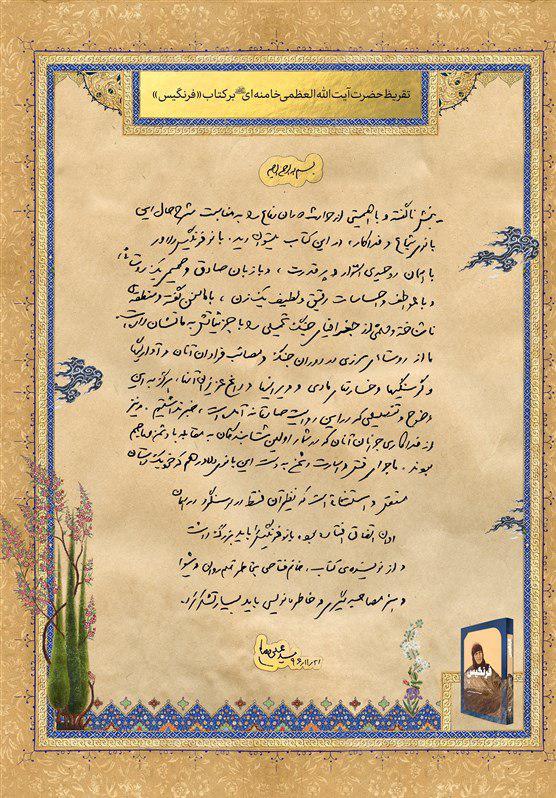