Why Falafel Is So Popular in Iran 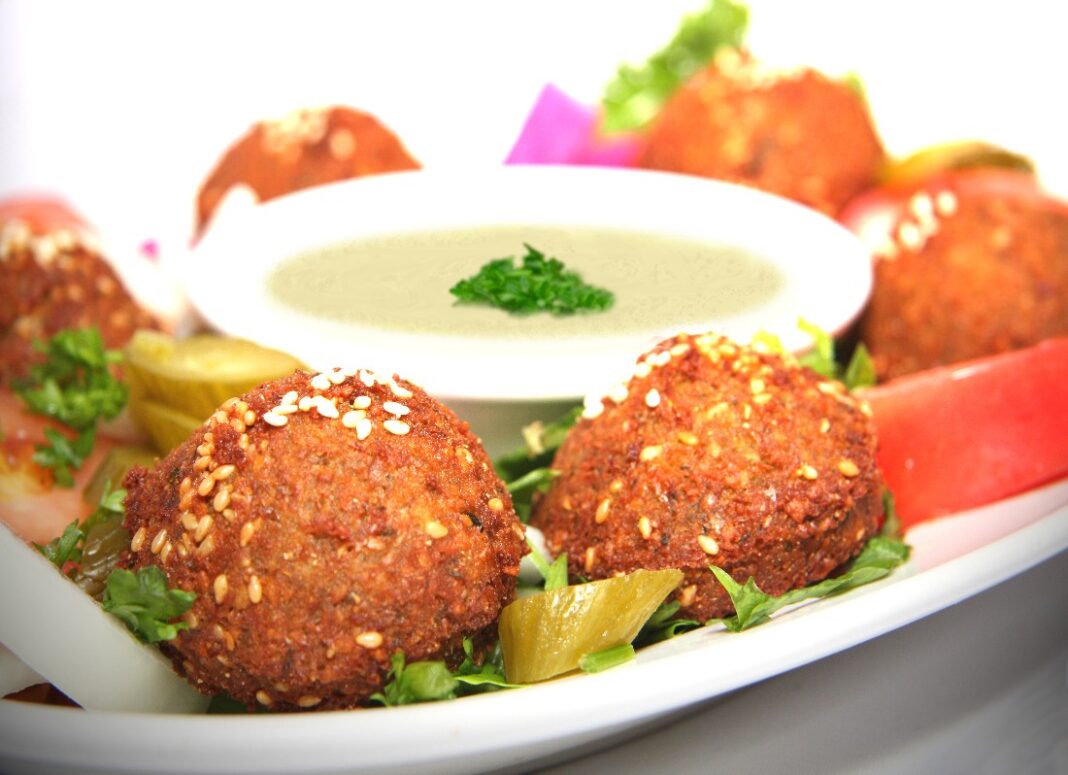 Falafel is always a tempting option for members of the middle or working class who are less likely to splurge on expensive food in restaurants and often look for frugal meals in small shops.

Here is IFP‘s translation of a report by Shargh newspaper on whether popularity of falafel is a subculture or comes from an economic coercion:

A big red sign that is mostly found at the entrance of every falafel shop grabs your attention. Inside there are brimming bowls of Torshi [pickled vegetables] placed on the tables lavishly.

Customers from the working class or even lower are standing at the tables to stuff their falafel sandwiches chock-full of mustard sauce, pickled cabbage, Liteh and Hafteh Bijar [two kinds of Torshi] while jabbering on about their daily routines.

These people pay no more than $0.85 on a falafel sandwich with a bottle of soft drink to celebrate their festivity; however, a few steps away from Hafte Tir Square, it would cost you about $3.4 to buy a sandwich (e.g. roast beef sandwich).

Arab countries are the origins of falafel. According to the Iranians living in southern cities, this sandwich that has become ubiquitous in Iran these days is the same Lebanese falafel which made its way into Iran’s south-western province of Khuzestan at first and then became prevalent throughout the country.

Falafel has sunk its roots into Iranian cities so strongly that has become a widely popular street food. As a fast food, it is compared with the British fish and chips and the American hotdog. ‘Fish and chips’ is a common takeaway food wrapped in pieces of newspaper which is quite analogous to falafel.  If you take a walk on the crowded streets of Britain, you’ll definitely see a few people treating themselves with it.

These days, falafel sellers have brought innovations into their career as they offer a self-service option for the customers. Masoud Momeni, who owns one of the famous brands of falafel shops in Dolatabad, a district in southeast of Iran’s capital, Tehran, serves falafel in such various ways as ‘falafel and cheese’, ‘falafel and mushroom’, and ‘pizza falafel’.

Asked about why the middle-class community appreciates falafel so much, Momeni said, “Undoubtedly, its low price is the main reason. You can have a substantial falafel here for about $1.”

He referred to the way falafel is served as another reason and noted, “The self-service option is much favoured by people.”

Further on the issue, Dr. Nasrin Omidvar, a dietician, drew a comparison between falafel and foods like fish and chips, saying that “foods like falafel fall into the category of deep fat fries which I believe became prevalent after the immigration of war-stricken people of Iran’s southern cities to the central parts of the country.”

According to her, deep fat fries are fried foods, saturated in oil, that the young people have a weakness for.

“The western version of falafel is the British fish and chips and the American hot dog and fries,” she noted.

Omidvar noted that the constituents of falafel are beans, onions and eggs and added, “In fact, it is a vegetarian food.”

Asked about the popularity of falafel among the middle and working class, Dr. Shirin Behnia, a sociologist and faculty member of Allameh Tabataba’i University, gave pretty much the same answer.

“Falafel is an abundant street food. Being palatable and inexpensive, it can satisfy the hunger of school children while costing them a meagre amount of their pocket money.”

“By no means, falafel can be considered as a restaurant food though,” Behnia stressed.

For a low-income nuclear family, however, falafel shops can act as a restaurant on holidays. This should not be taken as a solid reason implying that the country is poor. We shouldn’t forget that in a country like Switzerland it happens a lot that, after swimming in a holiday afternoon, people enjoy eating grilled sausage on the streets instead of having T-bone steak in a Swiss luxury restaurant. In no way does it mean that Switzerland is a poor country.

While deep-frying the falafel balls, Momeni said that his falafel shop belongs to a well-known brand of chain falafel shops which has 200 branches all over the country.

“Increasing number of customers, being easy to make and turning higher profits have encouraged me to take this job,” he said, noting that its popularity is the main reason for innovation in the way falafel sellers tend to serve it as in self-service option.