‘EU Seeks to Gain More Concessions from Iran via INSTEX’ 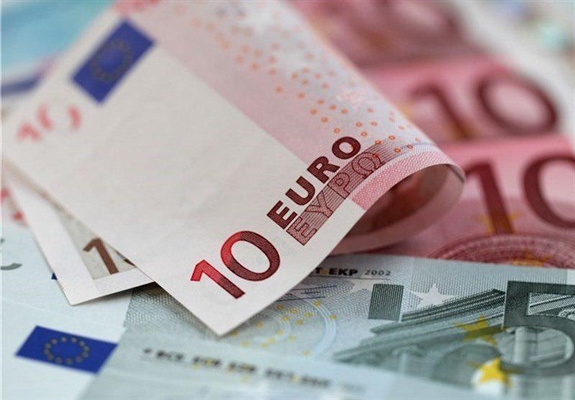 There are indications that Europe does not really intend to ease the pressure of Washington’s sanctions on Iran despite establishing a special purpose vehicle named INSTEX, a conservative Iranian daily has argued.

Tasnim News Agency has, in an article, suggested that the European Union does not really intend to ease US sanctions on Iran; rather, it wants to gain more concessions via the special financial mechanism it has introduced. The full text of the analytical piece follows.

Following the United States’ withdrawal from the Iran nuclear deal known as the Joint Comprehensive Plan of Action (JCPOA), the Europeans, who showed an interest in preserving the agreement, vowed to adopt measures to secure Tehran’s interests under the JCPOA. Therefore, in a statement on May 18, 2018, the European Commission undertook to ease the effects of US sanctions on Iran-Europe trade and take action to maintain trade and economic relations between the European Union and Iran. To that end, the 4+1 group spoke of the formulation of a new mechanism called the Special Purpose Vehicle (SPV). This special financial channel was mainly aimed at easing Iran’s access to revenues from oil exports and facilitating the imports of goods subject to Washington’s unilateral sanctions. After a few months of foot-dragging, European countries officially registered the SPV on January 31, 2019.

A statement issued by the foreign ministers of Britain, France and Germany after the registration of the SPV shows the Instrument in Support of Trade Exchanges (INSTEX) has distanced itself from its original objectives, and is not only not an instrument to circumvent sanctions, but seeks to make US sanctions more effective. The following points will shed more light on the issue.

INSTEX in Line with US Sanctions!

Although part of the European statement stipulates that INSTEX is in keeping with EU and UN sanctions, and not in line with the United States’ unilateral bans, limiting the sphere of this mechanism’s activity to medicines, medical supplies, agricultural goods and foodstuffs shows INSTEX is practically in conformity with US sanctions. In other words, the special financial mechanism, which was originally supposed to circumvent US sanctions, is now working in compliance with US sanctions and will have no benefits for Iranians. We can accept that Europe is honestly seeking to preserve the JCPOA only if the EU gets engaged in trade with that part of Iran’s economy which is under sanctions.

Although part of the European statement stipulates that INSTEX is in keeping with EU and UN sanctions, and not in line with the United States’ unilateral bans, limiting the sphere of this mechanism’s activity to medicines, medical supplies, agricultural goods and foodstuffs shows INSTEX is practically in conformity with US sanctions.

Call for Iran to Work with FATF to Intensify US Sanctions

Part of the above-said statement stresses that this mechanism is implemented under the highest international standards with regards to fighting money laundering and combating sponsoring terrorism. In the first glance, it may seem that Europe’s expecting Iran to implement all the terms and conditions of the Financial Action Task Force (FATF) as mentioned in the statement is in line with the implementation of these very standards; however, such an idea is not true at all because:

Therefore, it becomes clear that Europe’s expectation that Iran fully implement all the terms and conditions of the FATF and join the Palermo Convention and the Countering the Financing of Terrorism (CFT) act has no technical basis and is only a politically-motivated demand.

But why is Europe insisting so much that Iran fully implement the FATF?

Moreover, with financial transactions inside the country becoming transparent, the part of the nation’s economy which is not under sanctions will refuse to cooperate with the part which is under sanctions, practically leading to domestically-induced sanctions. Therefore, Iran’s cooperation with regards to the FATF will make US sanctions against Iran more effective and redouble the pressure of the bans. Only this way can Europe and the United States ratchet up economic pressure on Iran and gain more concessions from Tehran. According to remarks by European authorities in recent months, the concessions that the Americans are seeking include putting restrictions on Iran’s missile and regional activities. Accordingly, it becomes evident that not only does Europe not have any intention of solving the problems Iran is facing with regards to sanctions, but tries to intensify Washington’s unilateral sanctions against Iran and gain more concessions from the Islamic Republic by expecting Iran to cooperate with regards to the FATF.

Disclaimer: Translating and publishing the English version of articles originally released in Persian does not necessarily mean the Iran Front Page (IFP) Media Group endorses the contents, and is just aimed at giving the audience a sense of what’s going on in the Iranian media.