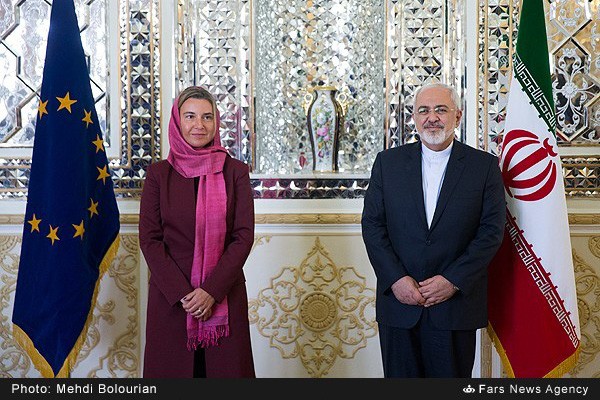 During the phone conversations on late Wednesday and early Thursday, Iranian Foreign Minister Mohammad Javad Zarif, Mogherini, and Gabriel underlined the need for all parties to remain committed to the Joint Comprehensive Plan of Action.

The two European officials stressed Europe’s commitment to the JCPOA and stated that Iran should enjoy the full economic benefits of the nuclear deal since it has fully complied with its commitments.

Both Mogherini and Gabriel shared the view that Europe will live up to its commitments as long as Iran remains committed to its obligations under the nuclear deal.

The talks came as US President Donald Trump is going to decertify the JCPOA and declare that it is against Washington’s national interests, asking the US Congress to decide whether to restore anti-Iran sanctions lifted under the 2015 accord.