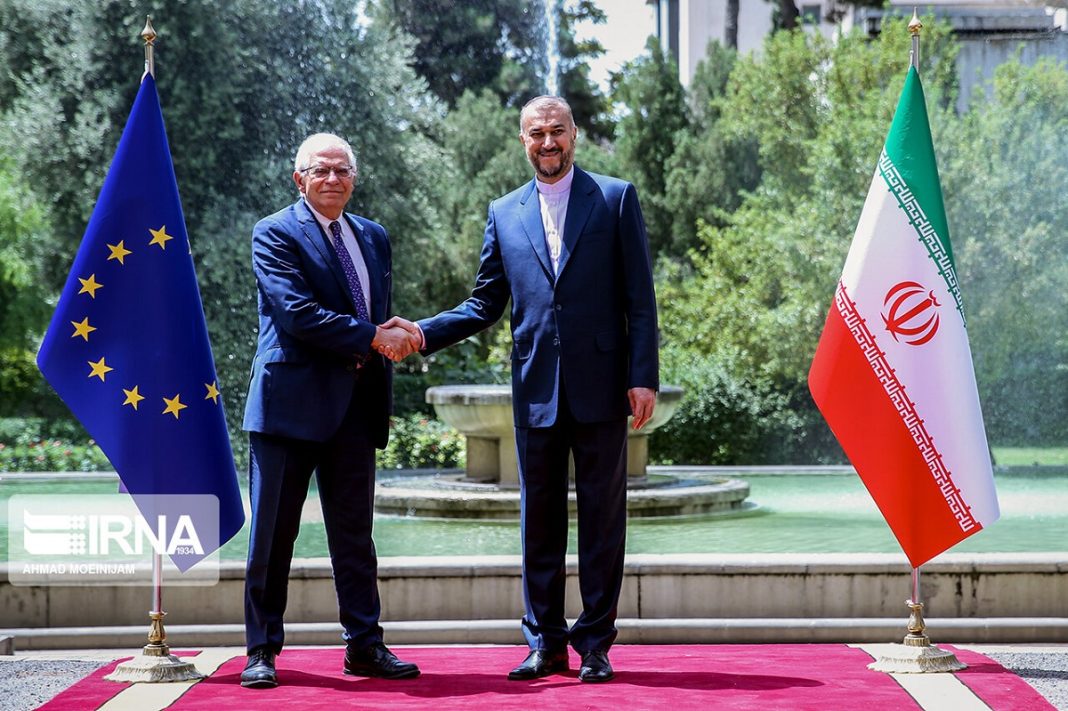 They discussed bilateral ties, regional and international issues and the latest developments regarding the stalled Vienna talks to remove sanctions against Iran but no details have been released yet, according to reports.

Borrell and Amirabdollahian are scheduled to hold a joint press conference after the talks later in the day.

The European Union’s top diplomat arrived in Tehran late on Friday to make last-ditch efforts to help revive a 2015 nuclear deal with Iran.

The trip comes after Borrell and his deputy Enrique Mora met with US special envoy for Iran Robert Malley in Brussels on Thursday.

Iran says it is serious about achieving a lasting agreement through the Vienna talks on the removal of sanctions and the revival of the nuclear deal (JCPOA), adding that an agreement will be possible if the Americans act realistically.

The Vienna talks have stalled for months due to what Tehran describes as the US excessive demands.