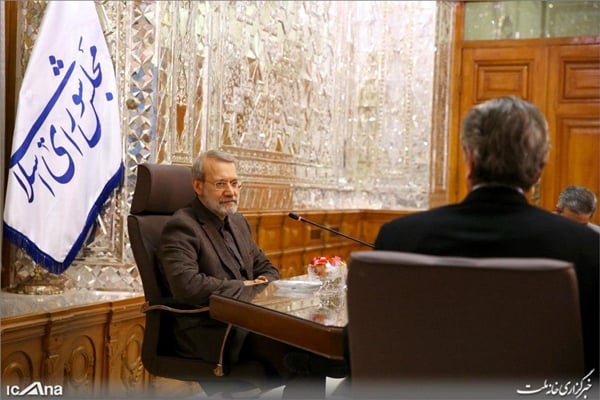 Iran’s Parliament Speaker Ali Larijani says decisions by US President Donald Trump have made almost all countries in the world worried about the consequences.

The Iranian parliament speaker made the comments in meeting with the former President of Brazil and the current senator Fernando Affonso Collor de Mello.

During their Sunday meeting in Tehran, Larijani added that if one looks into the case of international terrorism, it will be revealed that the Americans made a mistake by creating ISIS, and the decision put themselves in trouble.

Regarding the nuclear deal with Iran, Larijani underlined that “the United States itself asked for nuclear talks.

“Obama wrote two letters to Iran, and negotiations between the Islamic Republic and the P5+1 took a long time that eventually led to a Resolution by the Security Council.”

“However, suddenly, Donald Trump withdrew from the accord, and now he is once again saying he is willing to negotiate. His performance is like a game, and he thinks he can create instability inside Iran.”

For his part, the Brazilian official said “We should not remain silent against bullies, especially when Trump’s moves are to the detriment of worldwide relations.”

The United Nations must be more serious under such circumstances, added de Mello.