Enemy Unable to Bring Iranians to Their Knees: President 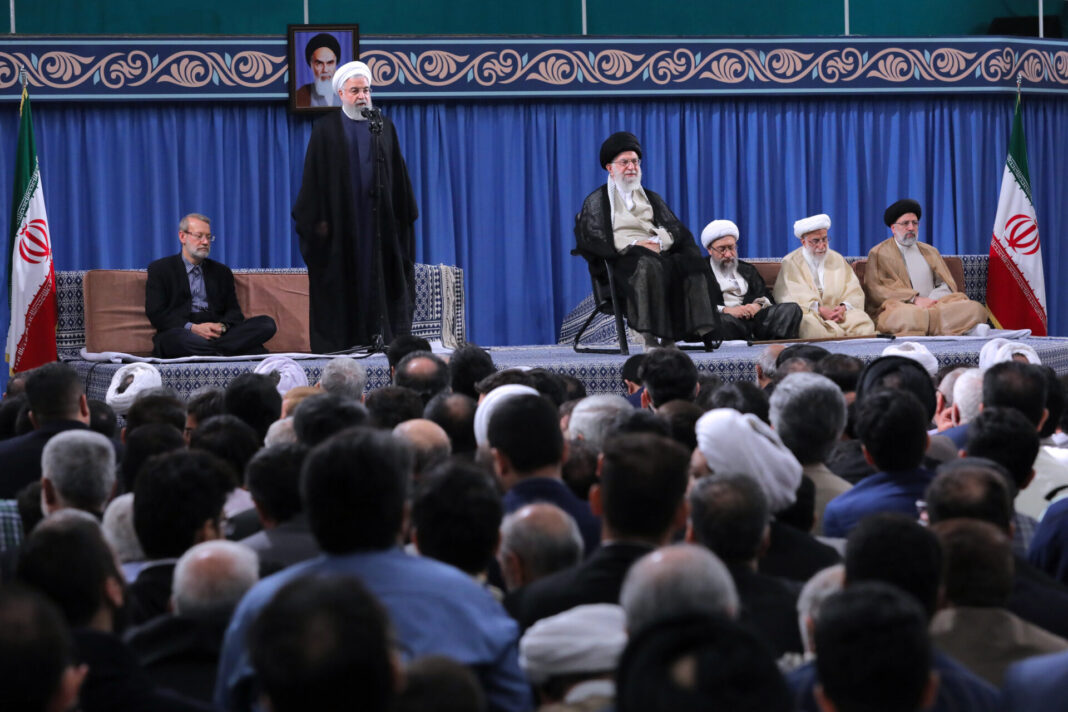 Iran's president says the enemy will never be able to bring the Iranian nation to its knees, adding Iranians will emerge victorious with their patience.

Hassan Rouhani made the comment at a Wednesday meeting where Leader of the Islamic Revolution Ayatollah Seyyed Ali Khamenei addressed a host of local officials, ambassadors of Muslim countries and people from all walks of life.

He said the enemy has not taken into account Iranians’ patience when hatching plots against the Islamic Republic.

He also touched upon the United States’ unilateral and illegal pullout from the Iran nuclear deal known as the Joint Comprehensive Plan of Action (JCPOA).

“They withdrew from an international agreement to make our patience wear thin and make us leave the agreement, so that they would be able to easily slap international sanctions on us without the US having to pay any costs,” he said.

“But the strategic patience of the Establishment and nation thwarted the United States’ sinister plots with regards to its pullout from the JCPOA and made it accept responsibility for its numerous violations and saw Iran emerge victorious in the political and social opinion of the world,” he said.

“Today, after one year of strategic patience, no one can blame us for scaling down our commitments under the JCPOA,” said the president.

He underlined that Iran should use the mechanisms envisaged in the nuclear agreement to deal with offenders.

He also said the enemy has changed its plans and tone with regards to Iran, but “it will have no bearing on our willpower.”