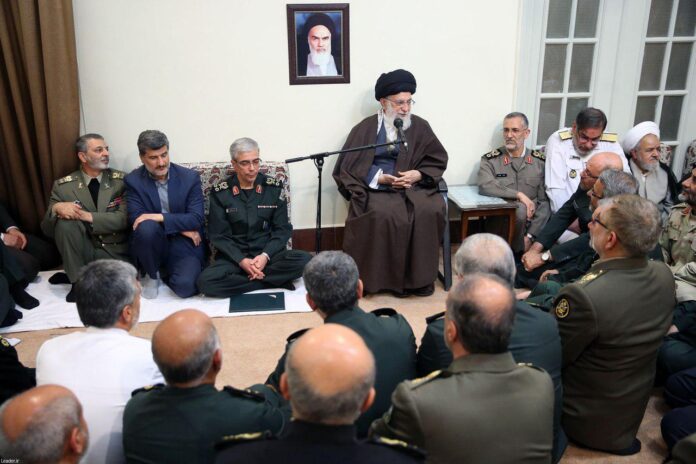 Leader of Iran’s Islamic Revolution Ayatollah Seyyed Ali Khamenei says the campaign by the country’s enemies has mounted because they feel jeopardized by the growing power of the Islamic Republic.

In a Sunday meeting with a group of senior commanders of the Iranian Armed Forces, Ayatollah Khamenei stressed that the reason for the unprecedented hostility against the Islamic establishment is its growing power.

The Leader downplayed the efforts made by the Islamic Republic’s enemies to curb its power, and stressed that despite all the conspiracies the power of the Islamic establishment will increase day by day.

Ayatollah Khamenei also noted that power, security, dignity and having adequate capability in time of need are the main goals of the Iranian Armed Forces.

All the activities conducted by these forces must be aimed at achieving their predetermined goals, he added.

At the beginning of this meeting, Major General Mohammad Baqeri, the Chief of Staff of the Armed Forces of the Islamic Republic of Iran, reported on the accomplishments and activities of the armed forces in the past year and said “In the new year, we are committed to increasing efforts and moves to achieve the our goals.”