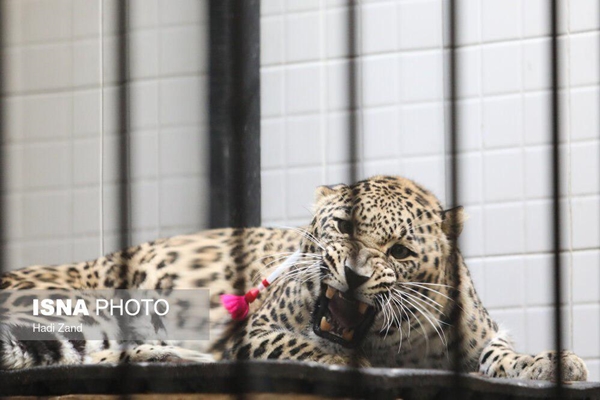 The female leopard, named Kija, got pregnant after natural mating with Gaspar, a male Persian leopard on loan from a Portuguese zoo.

The pregnancy came after a failed artificial insemination attempt by Iranian and German experts, which was made on February 7 at Tehran’s Zoo.

If Kija delivers her baby within a 100-day timeframe, the danger of extinction of this valuable species of leopard would be decreased.

Iman Memarian, the vet of the zoo of Tehran, told ISNA that “Gaspar has been brought to Tehran from Lisbon Zoo for artificial insemination with Kija.”

“After testing the sperms of Gaspar, it turned out that the leopard has a good sperm quality.”

Referring to Kija’s highly valuable genetics, he stressed, “For this reason, last year, Gaspar was sent to Iran to get Kija pregnant. We also took sperm from another Persian leopard for about three years and kept it in liquid nitrogen.”

Here you can see photos of the artificial insemination operation retrieved from ISNA: