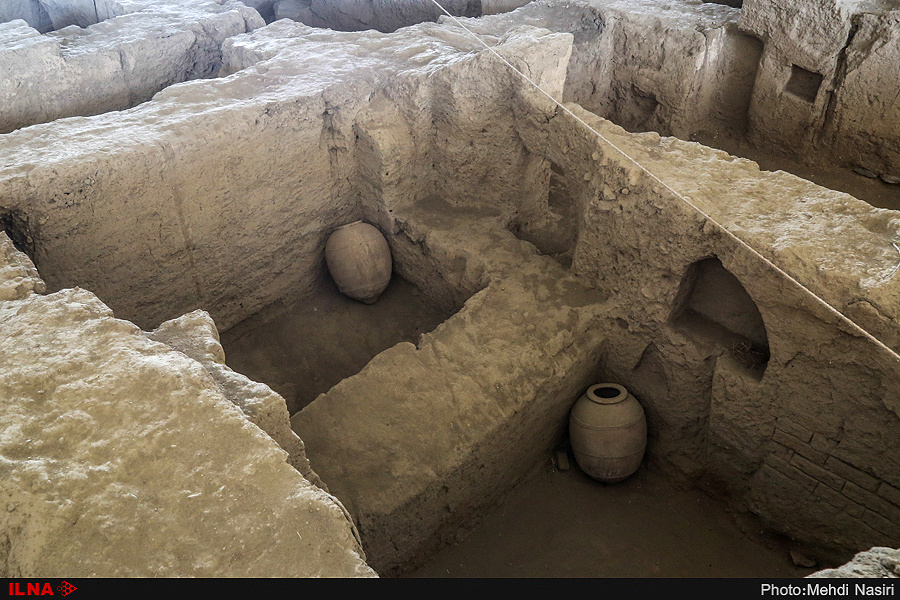 This hill, which is referred to as the most extensive ancient hill in Iran, is over 30 hectares. However, the area would exceed 40 hectares if one takes into account the areas that were formerly part of the ancient hill but have now turned into residential buildings due to modern construction.

It is an ancient place where archaeologists discovered palaces, mansions and other historical monuments related to Median and Achaemenid periods.

In Ecbatana historical hill, one can see the remains of monuments that belong to the pre-Christendom kings. At that time, architects constructed labyrinthine castles and massive structures with a variety of materials.

Archaeologists have discovered traces of the people living then in the area. Architects have used gold, silver, tiles, and decorative materials to build the palace of the kings there.

What follows are ILNA’s photos of the ancient site: