A huge mugger crocodile has bitten off the arm of a 10-year-old Iranian village girl who was washing clothes in a river in the southeastern province of Sistan and Baluchestan.

Havva Raeisi is expected to make a recovery after being bitten by the big mugger crocodile and having to keep her neck away from the reptile’s jaws.

The 10-year-old girl was standing on the bank of ‘Bahoo-Kalat’ river with her sisters on July 19 when she was attacked by the crocodile, which her cousin claims was approximately six meters long.

Having lost her right arm from the scapula in the attack, Havva is receiving treatment at the hospital and remembers enough to speak about the trauma. 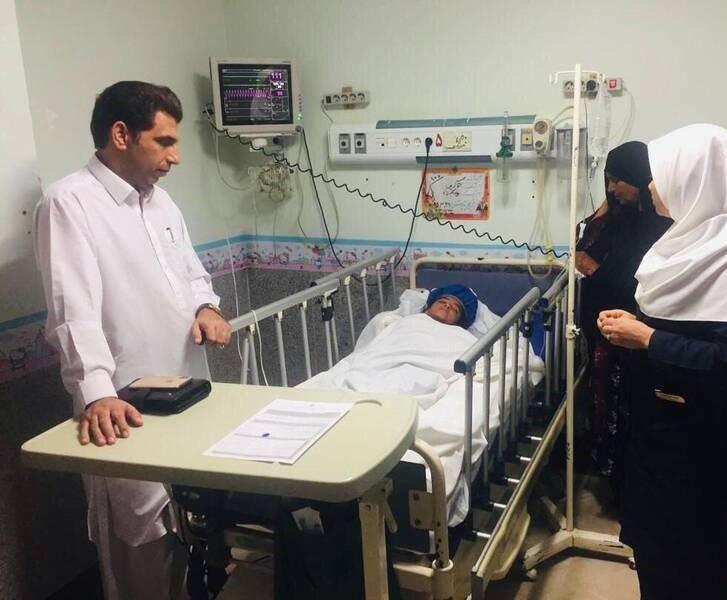 “I was washing clothes beside the river. Suddenly I realized that a number of people were holding and dragging my legs. I thought they were kidding. I asked them why they were pulling my legs and asked them to let me do my job. Then I took a look at the water surface in the middle of my words and suddenly saw the crocodile that had opened up its big mouth and was attacking me. It was trying to bite my neck and drag me into the river. If it had caught (my neck), I would have been dead for sure,” the little girl says with a hoarse voice on the hospital bed.

Havva recounts how she threw herself down and jerked her neck toward the ground to avoid the animal’s jaws, saying the crocodile bit her arm instead.

When the little girl screamed for help, her sisters and Ali, her cousin, rushed to squeeze her body and threw stones at the crocodile. They freed Havva from the hungry reptile’s jaws, but she suffered such deep lacerations and puncture wounds that lost her right arm.

Ali, 14, says the lack of fresh water has forced villagers in the area to go to nearby rivers for collecting water or washing their dishes and clothes.

“The mugger crocodile was pretty powerful, but I don’t know what happened that the animal suddenly let Havva’s arm go and left. Her arm was seriously wounded and was bleeding. I informed her family and we took her immediately to the hospital,” said Ali, who says the reptile was six meters long.

Crocodile encounters are not out of the ordinary in the rivers of Sistan and Baluchestan.

The mugger crocodile, also called broad-snouted crocodile, is native to freshwater habitats in southeast Iran. The prehistoric reptile is called ‘Gando’ in Persian.