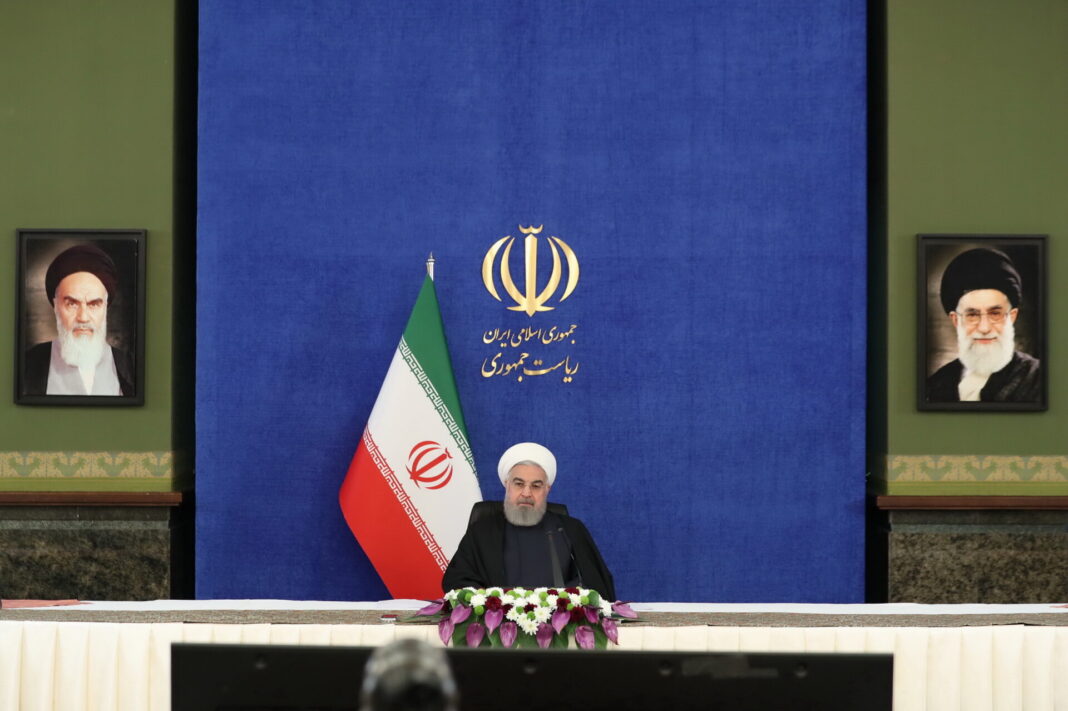 The Iranian president says the trend of coronavirus infections and fatalities is on the decline thanks to the restrictions enforced and people’s cooperation.

“One important issue that media should always highlight is the danger of regarding the coronavirus outbreak as something ordinary,” he said.

“Whenever we feel that it is over and there are no problems and dangers anymore and that we have weathered the coronavirus crisis, a resurgence of the disease and a rise in figures will immediately start in the coming weeks,” the president noted.
He said the first priority is to protect people’s health.

“Of course, coronavirus has not only affected people’s health, but their economy, culture, lives and social issues as well, and everybody should help to contain the disease,” he said.
President Rouhani noted Iran has never denied the risk posed by COVID-19.

“Unlike some countries such as the United States where its president kept saying, for weeks, that there was nothing [dangerous],” Iran publicly announced the outbreak of the disease as soon as the first infections were reported, he said.

He thanked people, medical personnel, and relevant institutions for their cooperation in the campaign against the disease.

The president called for health protocols to be observed more seriously in places like barracks and garrisons where, inevitably, more people are staying.

The president urged people to keep abiding by health protocols.

“All of us should know that it is not enough to simply comply with some health instructions such as wearing masks, observing social distancing rules and washing hands; rather, all existing health protocols must be observed, especially in the current cold season when people naturally spend most of their time in closed spaces and indoors,” he explained.

He noted the government has adopted the necessary measures to purchase the coronavirus vaccine, expressing hope people will prevent another surge in the disease by conforming to health protocols until the vaccine is distributed on a large scale.