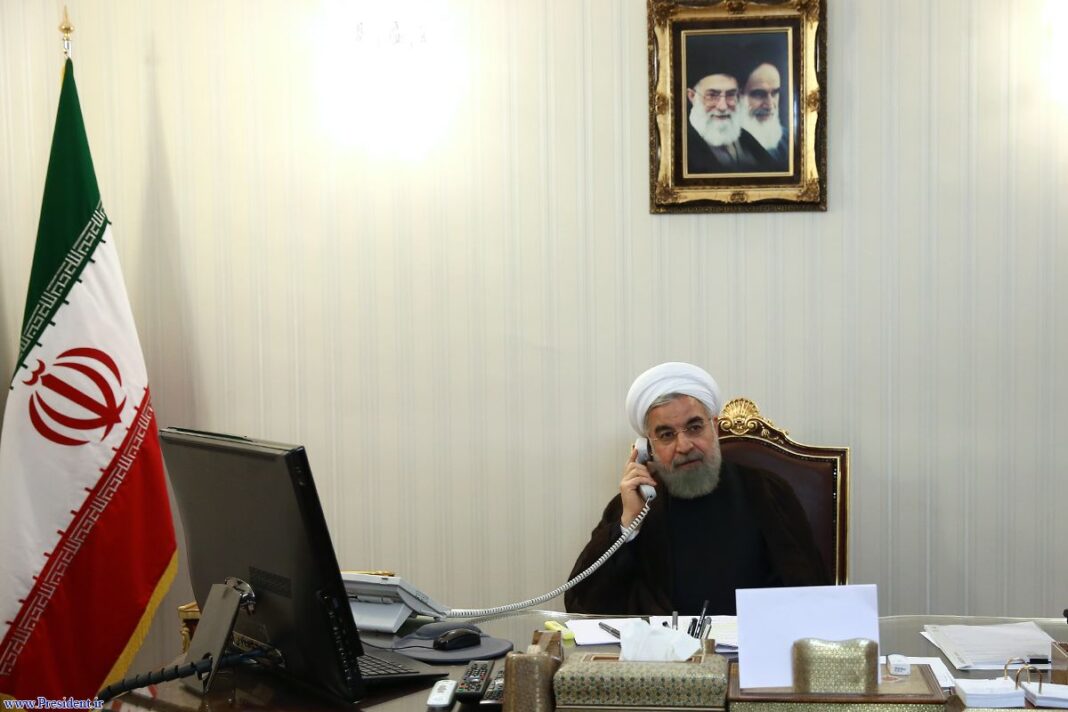 Iran's President Hassan Rouhani says the regional countries have no choice but to cooperate to ensure the security of the region.

Speaking in a telephone conversation with Emir of Kuwait Sheikh Sabah al-Ahmad al-Jaber al-Sabah on Monday, President Rouhani highlighted the difficult conditions in the world due to the outbreak of the coronavirus, and stressed that there is no other way to ensure regional security except through cooperation and friendship between countries.

He stated that “we hope these difficult conditions will punish certain people so that they reconsider their mistakes and improve their performance based on human relations.”

Touching upon the cooperation of the countries of the region in fight against the coronavirus, he noted that the Islamic Republic has gained good experiences in dealing with the disease and Tehran is ready to transfer its experiences to friendly countries, including Kuwait.

Appreciating the efforts of the Emir of Kuwait for the stable conditions in the region, Rouhani said “I emphasise that there is no other way to ensure security and stability in the region except cooperation and friendship between the regional countries.”

The President said that Iran is still ready for collective cooperation to ensure security and stability in the region and the world, as well as to fight the coronavirus in today’s sensitive situation.

“We expect the friendly country of Kuwait to take a stance on regional issues as well as the wrong behaviour of the United States,” asserted Rouhani.

He described the ties between Iran and Kuwait as fraternal and friendly reiterating that Tehran is interested in friendlier relations and is ready to develop cooperation.

The President also congratulated the government and people of Kuwait on the arrival of the holy month of Ramadan.

For his part, the Emir of Kuwait said the two countries must stand together adding that “Today, we are all in a difficult situation, and to overcome this situation, we must work together and strengthen ties.”

Sheikh Sabah al-Ahmad al-Jaber al-Sabah also welcomed the plan presented by Iran to provide security in the region called Hormuz Peace Endeavour, stressing that Kuwait’s positions have always been for peace. “We hope some of our friends and brothers in the region will act wisely.”

He further hailed Iran’s behaviour and logical positions on important regional and international issues, welcomed the proposal to transfer Iran’s experience in dealing with the coronavirus to his country, and called for the development of relations in all fields.

Sheikh Sabah al-Ahmad al-Jaber al-Sabah also congratulated the government and people of Iran on the arrival of the holy month of Ramadan.