‘Consolidating JCPOA to Facilitate Iran-EU Talks on Other Issues’ 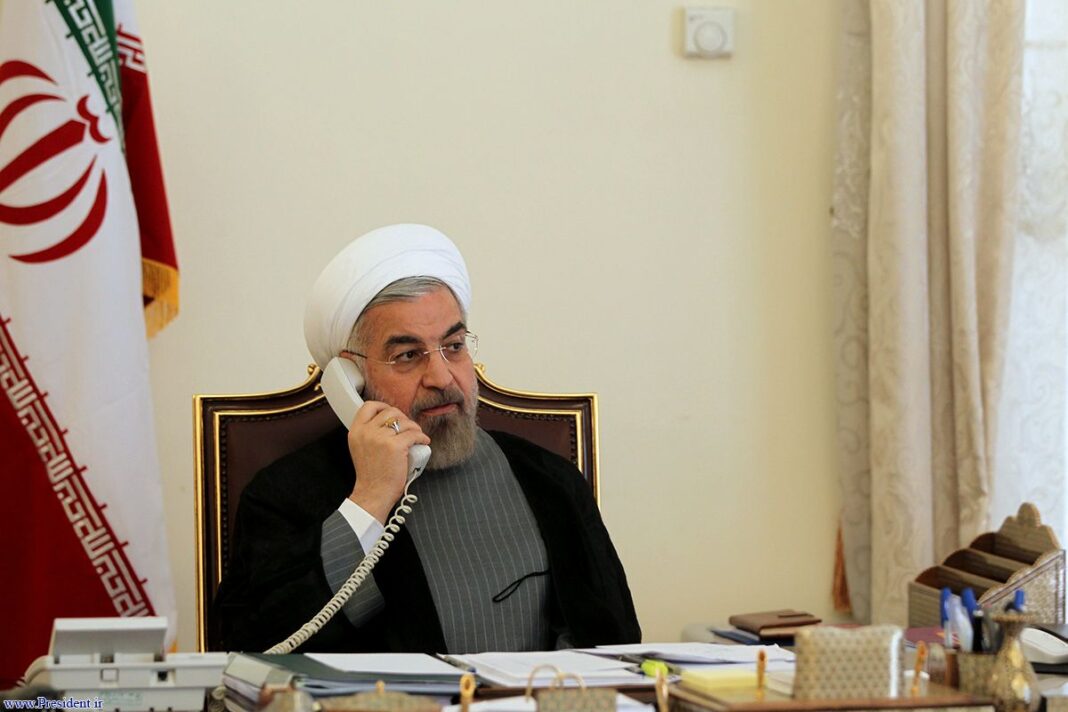 The Iranian president says if the nuclear deal between Tehran and world powers is consolidated, it can pave the way for Iran’s talks with the European Union on other issues as well.

Iranian President Hassan Rouhani has, in a telephone conversation with his French opposite number Emmanuel Macron, touched upon Washington’s possible decisions on the Iran nuclear deal known as the Joint Comprehensive Plan of Action (JCPOA).

President Rouhani highlighted the European Union and France’s unflinching support for the JCPOA and the necessity of fulfilling the provisions of the agreement by all signatories.

“The International Atomic Energy Agency (IAEA) is the only authority to corroborate Iran’s compliance with its commitments under the JCPOA, and linking multilateral and international obligations to the United States’ domestic divisions can pose a serious danger to global trust,” said the Iranian president.

He said any move by US President Donald Trump against the JCPOA constitutes a blow to a multilateral agreement.

“The JCPOA is not renegotiable, whatsoever, and all sides must live up to their commitments under the deal. The US president or the country’s Congress must not be allowed to adopt inappropriate measures against the JCPOA,” Rouhani said.

“Unfortunately, a government is in power in the US that does not want to make good on its obligations under the JCPOA as well as some other international agreements. This tactic would basically deal a serious blow to the negotiating table on the world stage,” President Rouhani noted.

Rouhani reiterated that Iran remains committed to its obligations under the JCPOA and will continue to cooperate with the IAEA.

“The JCPOA is the basis for trust between Iran and member states of the P5+1 group, and consolidating this agreement would lay the groundwork for negotiations with the EU on other issues.”

“The European Union and Iran should, through cooperation, stand up to destructive and inappropriate actions taken vis-à-vis the JCPOA,” they noted.

The French president, for his part, underscored Paris’s determination to enhance its relations with Tehran on all fronts.

Macron also touched upon Washington’s efforts against the nuclear deal, saying, “The European Union and France firmly support the JCPOA and remain committed to implementing it in its entirety. We also want Iran to continue its cooperation with the IAEA despite Washington’s attempts and continue to deliver on its commitments under the JCPOA,” Macron said.

The two sides also stressed the promotion of mutual relations in various areas, namely bilateral, regional and international issues. The French president said he would visit Iran next year heading a high-ranking delegation.

Macron further said Washington’s policies on then JCPOA emanate from the United States’ major local problems and once again called on the White House to remain committed to its obligations.