Conceding fewer goals amounts to a win for us 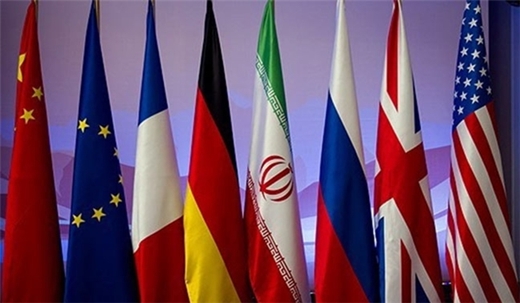 Amir Mohebian, a political analyst, weighs in on the possible impact of a likely deal between Iran and P5+1 on Tehran's domestic policy.

There are many speculations about the possible impact of a likely deal between Iran and P5+1 on Tehran’s domestic policy. Although we don’t have the crystal ball to say for certain what that impact will be, we can make projections.

The two sentences above led off an interview Sharq daily published on April 13 with Amir Mohebian, Ph.D. a university professor on Western philosophy, about the probable change conclusion of a nuclear deal will introduce to Iran’s political priorities.

The following is the translation of the interview with Mohebian, a principlist political analyst who is in charge of Arya Strategic Research Center:

Q. For Iran, was the conclusiveness of talks in Lausanne simply a settlement of an international issue, or will it amount to transformation in the country’s foreign policy?

A. It is too soon to pass judgment on the results of Lausanne talks, because there are still differences, not only on the wording of the document but in the views of parties to the talks.

Unfortunately, from the beginning the government of President Rouhani touted the talks as win-win. That raised the expectations of a certain section of the public who now ask: What is Iran’s share of the win?

The play on word aside, what is obvious is that in today’s unfair world, on one side of the table sits the West which seeks to exploit invalid excuses to prevent Iran’s entry into the nuclear club, and on the other is Iran which is trying to make as few concessions as possible in this equation of power and resistance.

In other words, this [zero-sum] game is not expected to produce two winners. Conceding as few goals as possible is a win for us. Of course, Iran has its own calculations in this game. The least of our demands which were described as red lines by the Leader are being met.

One should not forget the fact that the establishment views the nuclear issue under a grand strategy heading which justifies some of these apparent retreats.

Q. Has there been a paradigm shift in Iran’s foreign policy discourse? Are we looking at the West from a new angle?

A. Our policy of “Neither East, nor West” was not originally crafted in opposition to the West; rather, it was meant to put the focus on the independence and self-sufficiency of the country. But over time, thanks to the West’s subversive acts and pressures, it turned into a medium to express opposition to Western political performance.

Of course, there is no denying that a paradigm shift toward the West is in the works in the Islamic Republic of Iran. The change in question is partly because of self-confidence within the establishment which, in turn, has its roots in successful containment of local and foreign crises and in a bigger regional clout. That change comes in part thanks to leaving behind some economic bottlenecks.

Q. If we put down the current foreign policy to pragmatism, what changes in domestic and economic policies can be expected to be ushered in? Are the overall goals and the course the establishment has taken expected to undergo change?

A. The establishment is trying to reconcile pragmatism and dogmatism. Any theocracy that is established feels the need for such reconciliation sooner or later. The clash between ideals and realities is sometimes paradoxical. Praxis comes in handy here. Of course by Praxis I don’t mean the Marxist humanist movement that originated in Zagreb and Belgrade in the 1960s. […]

A. The impact a likely deal might have on factions cannot be assessed now, because for now an agreement is not a done deal.

I believe that economic opening and investment will have the greatest impact on political interactions of factions and on their stance.

For some unknown reasons, no studies have been conducted on the impact of economy on the political behavior of parties in Iran. But I believe there is significant correlation between the two.

Economic openings usher in new conditions which indirectly lead to changes in the approaches and even values of political groups.

Q. Under the present circumstances, […] what change would a comprehensive deal with the West bring to the balance of political groupings at home? And if there is need for containment of the energy of some groups, which factions do you think will face more restrictions?

A. In any relationship, confrontation has different reasons, and psychological, economic, interest-related and ideological factors might come into play.

Any change in such a confrontational approach stems from changes in these factors. It would be simplistic to expect change as long as these factors remain intact.

Some of the factors that pit Iran against the existing world order are ideological. The level of confrontation on this front wholly depends on the role of decision-makers who define their relations based on ideological factors.

On the other hand, passage of time erodes the ideological foundation of revolutionary systems, replacing their ideological justifications with pragmatic requirements. The change in the interest-related factors, which are the most pragmatic here, will bring about change to behaviors. […]

Naturally, as these factors change, the more a political faction is involved in a certain area, the more change they will face.