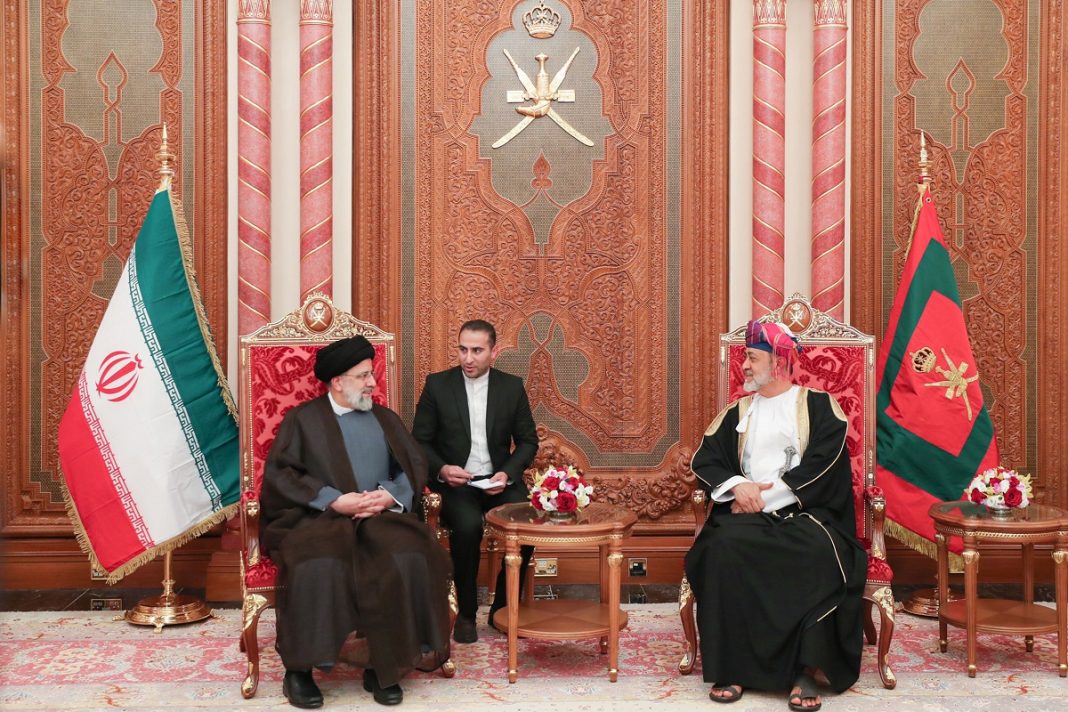 Iran and Oman have issued a communiqué at the end of Iranian President Ebrahim Raisi’s visit to the Persian Gulf sultanate, reiterating their resolve to expand all-out ties based on good neighborliness.

The communiqué said the decision by Tehran and Muscat to expand ties during Raisi’s visit opened new chapters in economic cooperation.

It underlined the positive and constructive role of the private sectors of Iran and Oman in increasing investments and trade exchanges.

In the communiqué, Oman’s sultan appreciated the Iranian government for adopting a policy of constructive and all-out interaction with world countries, especially neighbors.

Iran and Oman also reiterated in their communiqué that Raisi visited the Persian Gulf country in light of strong historical bonds between the two nations and with the aim of strengthening lasting ties between the leaders and people of the two countries.

Raisi traveled to Oman at the invitation of the country’s Sultan Haitham bin Tariq Al Said.

During his 1-day stay, he met with the Omani sultan and attended a lunch banquet hosted by him.

Then he held talks with Oman’s Deputy Prime Minister Fahd bin Mahmud Al Said. In the meeting, Raisi said the Iran-Oman ties have always been good and constructive throughout history, noting, “Despite that, this level of relations is not convincing”.

The president said the Islamic Republic can be a good medical tourism destination for Omanis.

Raisi also stressed that despite the US sanctions, Iran has made long strides in areas which were hit heaviest by the bans, such as nuclear energy and defense industries.

The president stressed that Western governments including the US sought to stop Iran’s progress by imposing sanctions, but the whole world saw Washington concede the failure of its so-called maximum pressure policy toward Iran.

President Raisi once again rejected Western claims that Iran is after nukes, saying nuclear arms have no place in Iran’s defensive doctrine and that the Islamic Republic uses peaceful nuclear know-how for purely civilian purposes like for medicine and agriculture.

The Omani deputy prime minister for his part said the Tehran-Muscat relations will not be limited to trade relations and will include major areas such as political interactions and cooperation.