Clay Bowl with Hadith from Prophet Muhammad Unearthed in Iran 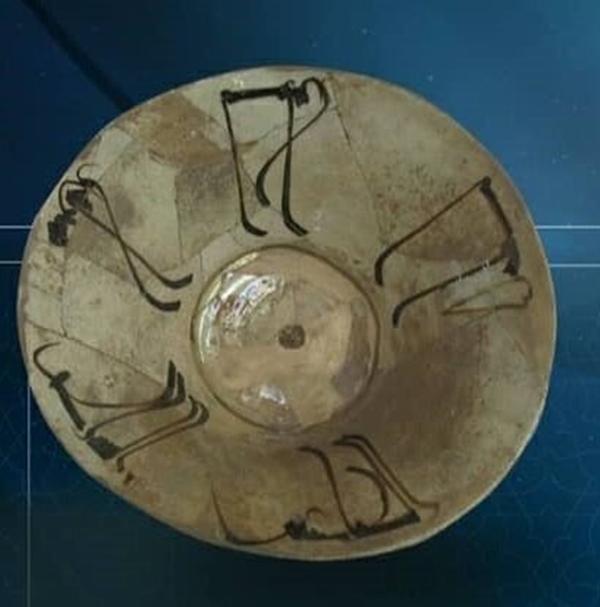 Archaeologists in the Iranian city of Nishapur have discovered an engraved earthen bowl with an inscription bearing a hadith from Prophet Muhammad (PBUH) related to the holy month of Ramadan.

The historic work has been built in the third and fourth centuries AH at the time of the Samanid dynasty in one of the historical sites of Nishapur in Khorasan Razavi province, northeastern Iran.

According to ISNA, the dark brown clay bowl is now kept in the Islamic Era section of the National Museum of Iran.

The clay bowl is made of red mud. Its base is like a concave ring, and the body is stretched while the edge is smooth. The decoration inside and outside the bowl has a white floral cover. Its diameter is 34 cm and the height is 11.5 cm.

The interior decoration of this bowl includes five Kufic words with the theme of a hadith by the Holy Prophet (PBUH). Its translation is as follows:

The person who eats and thanks is like a tolerant fasting person.

Pottery with dark brown inscriptions on white or milky background with glazed floral coverings and decorative Kufic script was one of the most famous types of pottery in the third and fourth centuries AH, especially in Greater Khorasan and Nishapur.

Such works can be considered as works of Iranian pottery during the golden era of Islamic art and civilisation. They were decorated with Kufic script and patterns such as flowers, leaves, and birds.