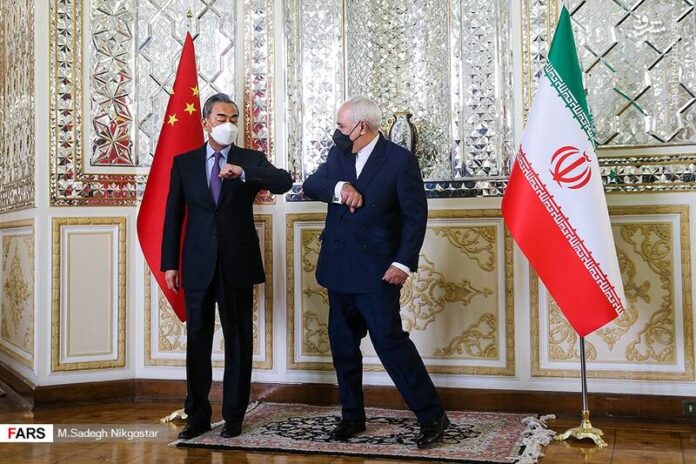 During the Saturday meeting, the two sides conferred on important issues in bilateral relations as well as regional and international affairs.

The Iranian top diplomat greeted his Chinese counterpart, highlighted the 50th anniversary of the establishment of diplomatic relations between Tehran and Beijing, and said, “Of course the history of relations between the two great civilizations of Iran and China dates back to centuries ago.”

He also noted that the signing of the roadmap of Iran-China comprehensive cooperation will further reinforce bilateral relations between the two countries.

Zarif referred to China as the friend of hard times, and said, “Accordingly, we praise the stances and measures of China at the time of cruel sanctions against Iran.”

He highlighted the need for the United States to implement all its commitments under the JCPOA, and said the removal of anti-Iran sanctions can pave the way for full implementation of the nuclear deal.

He referred to the 2022 Beijing Olympic Winter Games as an important event, and dismissed political efforts to downplay the international event.

The Chinese minister, in turn, offered congratulations on the New Persian Year and Nowruz.

He further pointed to the 50th anniversary of Iran-China diplomatic relations, and said, “Relations between the two countries have currently grown to the level of strategic partnership, and China seeks all-out promotion of its relations with the Islamic Republic of Iran.”

“The signing of the roadmap of Iran-China strategic cooperation indicates Beijing’s resolve to arrange its ties [with Iran] at the highest level possible,” he added.