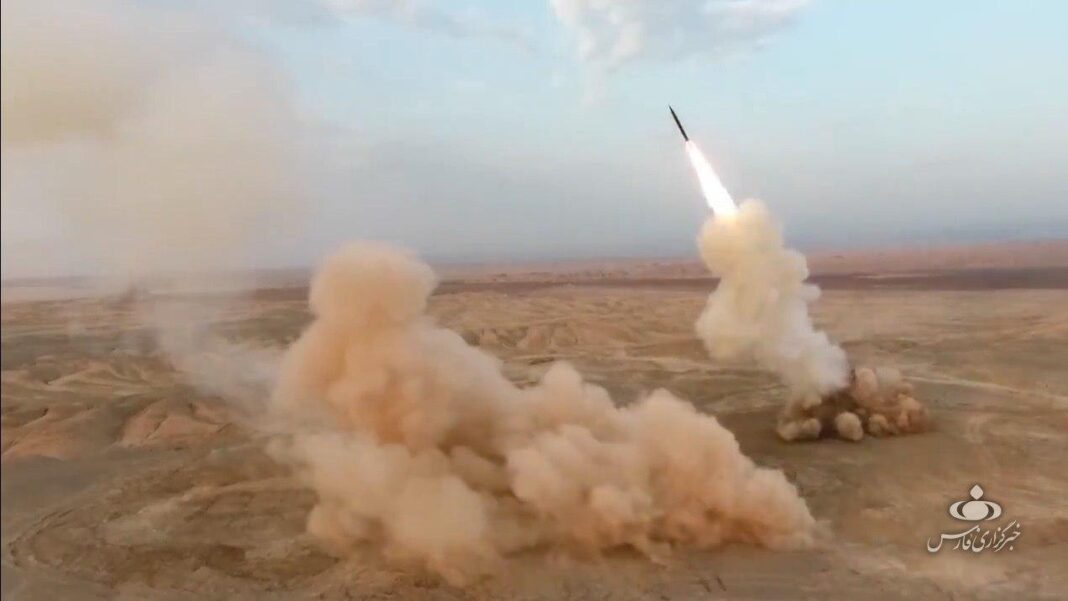 The projectiles were completely camouflaged before their launch.

During the drills, the IRGC’s aerospace division, using modern tactics and equipment, displayed part of its capabilities in countering threats posed by the mock enemy.

Earlier, missiles were fired at a US mock aircraft carrier moved by Iran to the Persian Gulf.

The military exercises spans Hormozgan province, the west of the Strait of Hormuz and the Persian Gulf all the way into the heart of the country. The war games feature land, sea, air and space drills.