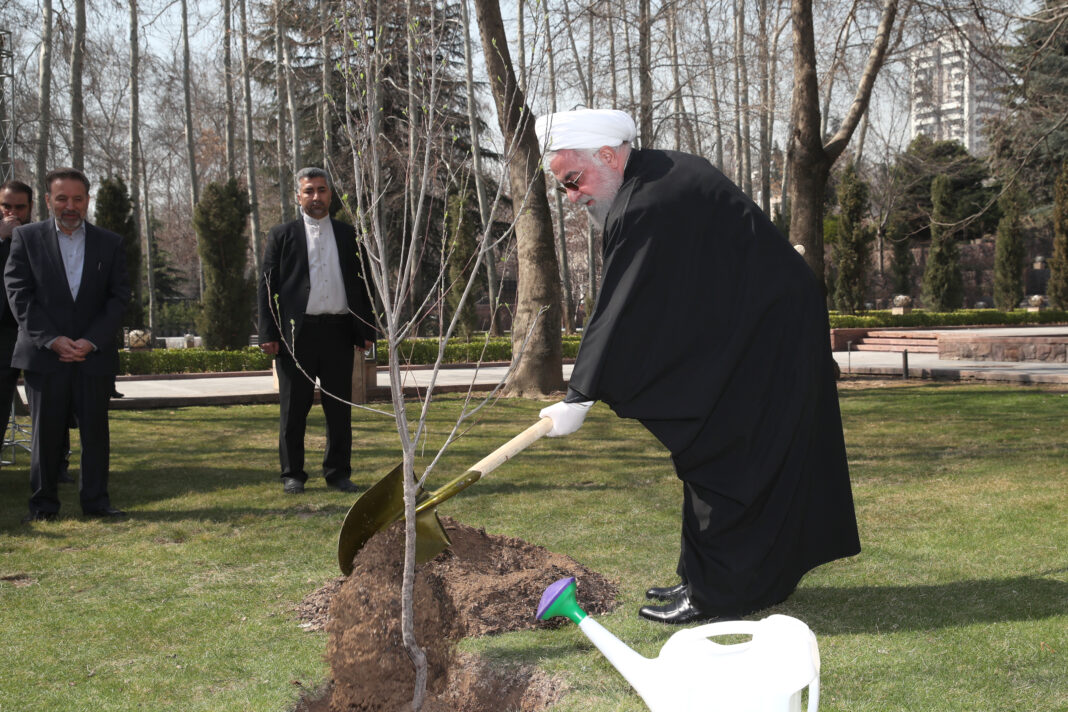 President of Iran Hassan Rouhani has inaugurated a major project to establish a stand of trees covering an area of 1,290 hectares around the metropolis of Tehran.

President Rouhani on Wednesday planted a tree at the Sa’dabad complex in northern Tehran to mark the national Week of Natural Resources and Arbour Day.

He also inaugurated a project to create 1,290 hectares of forest around Tehran as part of the ‘Green Belt Plan’.

Highlighting the significance of afforestation and protection of the environment, the president said a report released by the Municipality of Tehran indicates that the number of tress and forestation projects around the capital have risen by 16.5 times in comparison to the early days after victory of the Islamic Revolution in 1979.

“Paying attention to planting trees as the respiratory airways and lungs of the society could greatly help tackle air pollution,” President Rouhani noted.

He then called for plans to plant fruit trees near the big cities, saying a number of European countries have included fruit trees in the afforestation projects around urban areas, resulting in both visual attraction and fruit production.

The president further noted that the healthcare considerations in the current year have been under the spotlight among the public, saying people have acknowledged after the outbreak of the novel coronavirus that they must attach greater significance to protection of the health of themselves, their children and the other individuals.

“Undoubtedly, one of the affairs that could ensure the health of society is paying attention to the protection of rangelands and planting trees,” he stated.

Describing plans to protect the health of cities and boost social vitality as a main duty of the administration, President Rouhani prayed to God that the country would immediately get rid of the coronavirus epidemic.

He finally praised the Iranian doctors, nurses and all medical staff for their devotion to duty in the course of efforts to contain the disease, and also expressed gratitude to the people for cooperating with the Health Ministry in the battle with COVID-19.