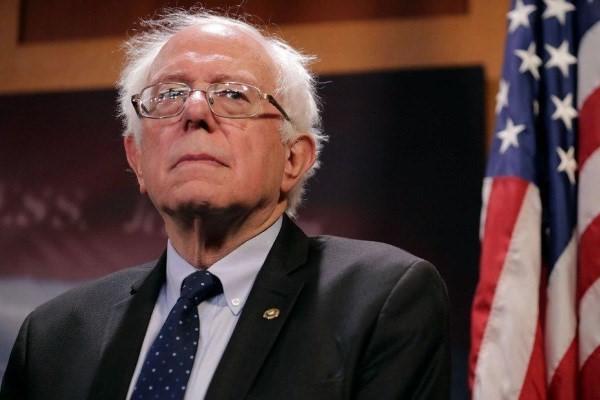 Bernie Sanders, the independent US senator from Vermont whose 2016 campaign helped energize the progressive movement, has declared his decision to once again run for the president of the US in 2020.

In an email to supporters on Tuesday morning, he announced his decision to run again, casting his candidacy as way to accomplish the mission he started three years ago.

“Together, you and I and our 2016 campaign began the political revolution,” he said. “Now, it is time to complete that revolution and implement the vision that we fought for.”

Sanders, 77, believes he can prevail in a crowded and diverse field that includes several female and minority candidates, then beat Donald Trump, whom he called “the most dangerous president in modern American history”.

Whether he can once again capture grassroots support, and whether the energy of his last campaign will pass to other candidates, will likely be a central factor in determining who Democrats nominate to take on the sitting president.

The progressive policies Sanders helped popularize in 2016 – Medicare-for-All, a $15 an hour federal minimum wage, tuition-free college and demands to combat climate change more aggressively and tax the wealthy at a higher rate – have been broadly embraced in a leftward shift that has reached several presidential candidates.

“Three years ago, during our 2016 campaign, when we brought forth our progressive agenda we were told that our ideas were ‘radical’ and ‘extreme’,” Sanders wrote. “Well, three years have come and gone. And, as result of millions of Americans standing up and fighting back, all of these policies and more are now supported by a majority of Americans.”

No candidate will enter the race with as many advantages as Sanders, who ended the 2016 primary with more than 13m votes and nearly $230m raised, much of it through small donations. He begins his second run for the White House not as a political outsider but as a top-tier candidate with near-universal name recognition, a dedicated following and an unrivalled donor list.