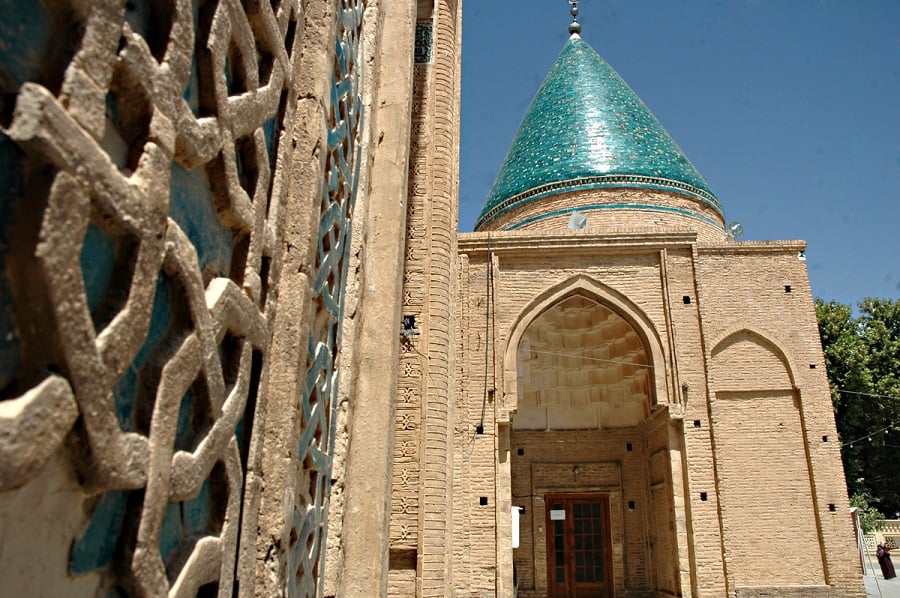 The tomb of Bayazid Bastami in Iran’s Semnan province is one of the attractions of city of Bastam. It is a large complex with different spaces from the third to fifth century AH.

This tomb is now a historical monument and a tourist destination.

Bastam is one of the cities of Semnan province and 6 kilometres north of Shahrud.

Bayazid Bastami known as Sultan-ul-Arifin is the greatest Iranian Sufi in the 3rd century AH. He has been living in Bastam and his tomb is located in this city.

The tomb of this great Sufi does not have any decorations, and in fact the disregard for the materialistic aspects of life is quite obvious at his tomb.

On the grave of Bayazid, there is a marble that carries the words of the famous sermons of first Shai Imam, Ali ibn Abi Talib (AS).

Bayazid monastery is located 4 meters west of the tomb. The monastery has two small rooms that are connected with short ceilings. The walls and ceilings of the monastery have very beautiful stucco works and some sentences are stamped on it. There are also inscriptions on the altar.

What follows are the photos of this tomb retrieved from different sources: