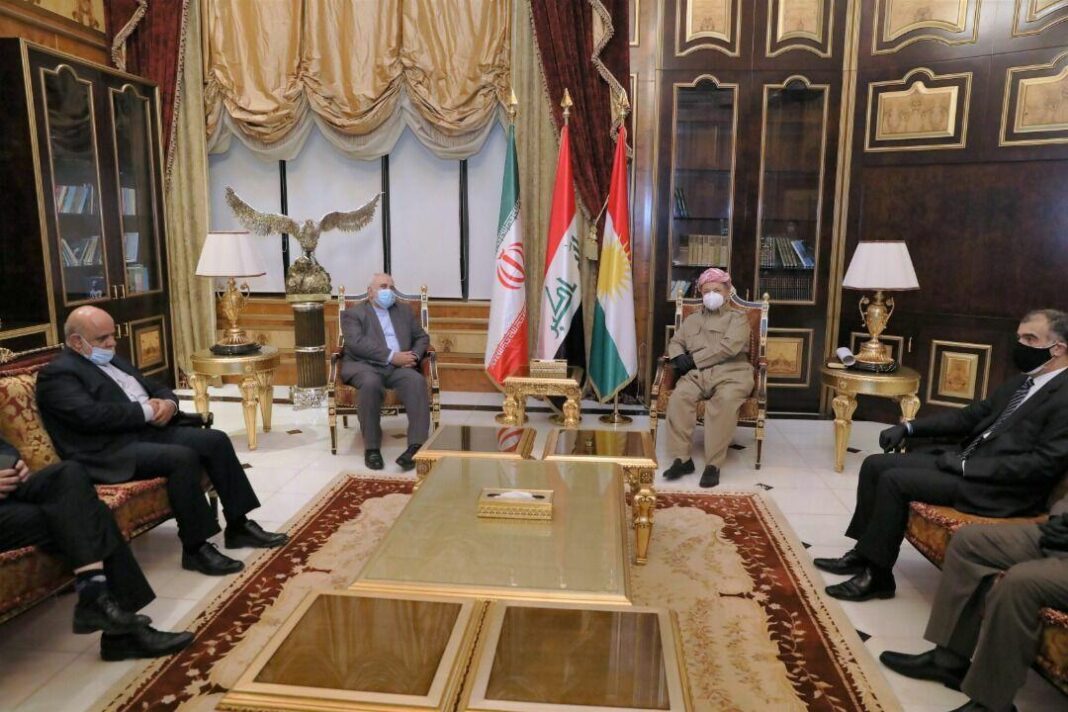 In the Sunday meeting, Foreign Minister Zarif stressed the significance of Iraq’s national sovereignty, and said Iran has always sought amicable ties between Erbil and Baghdad.
He also called for promotion of all-out relations between the two sides.

Barzani, in turn, referred to the strong bonds between the Iranian and Iraqi nations, and highlighted the unforgettable role played by Lieutenant General Qassem Soleimani in the defeat of ISIS terrorists.

He also gave an assurance that the Iraqi Kurdistan region will never turn into a place for threatening the interests and security of the Islamic Republic of Iran.

The two sides also stressed the need for expansion of business relations while observing health protocols in the wake of the COVID-19 outbreak.