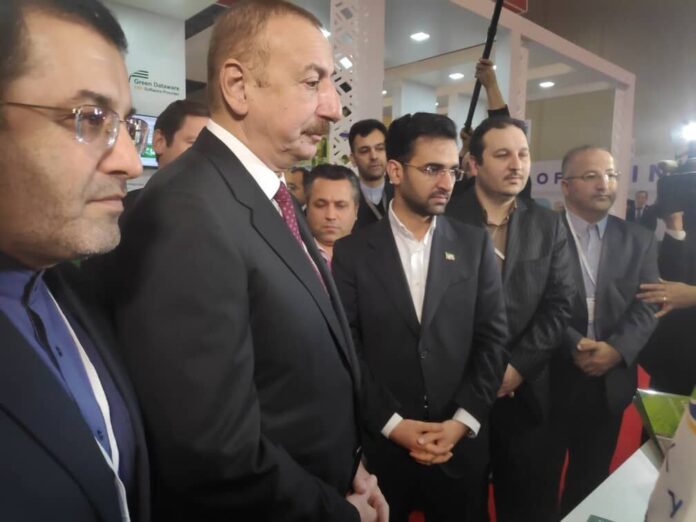 President of the Republic of Azerbaijan Ilham Aliyev has visited the pavilions of Iranian exhibitors at the Bakutel, an international telecommunications show in Baku.

The Azeri leader also visited the booths occupied by 14 Iranian companies in the exhibition, as well as the pavilion of Iran’s Space Research Center, which has participated in the event for the first time.

The young Iranian minister briefed the Azeri president on the latest status of Iran’s homegrown satellites, one of which will be sent into orbit within the next few months.

The Iranian enterprises participating in the Bakutel seek to sign contracts with the major companies and embark on various projects.

Attended by 238 companies from 23 countries, the Bakutel will run until December 6.